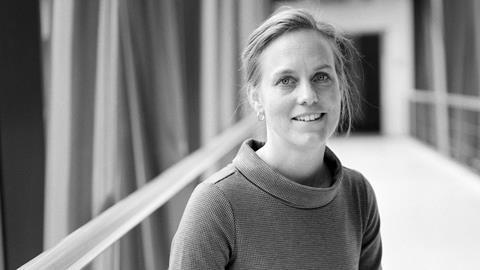 She has achieved a great deal at a young age, but professor of vaccinology and malaria expert Meta Roestenberg is never ‘finished’. ‘It always has to be more, faster and harder’. But also: ‘I hope I will be unemployed in twenty years’ time.’

‘The covid crisis has given us our first insight into how people in countries where malaria occurs must feel, what it’s like to run the risk of being infected every day’, says Meta Roestenberg (40), internist and professor since last year. In 2020, 241 million people were infected with the malaria parasite and the number of fatal malaria victims rose to 627,000, almost 70,000 more than the year before, because fewer people had access to necessary care due to the coronavirus pandemic. Most of the victims live in sub-Saharan Africa and are children.

The cause? A single-celled parasite transmitted by mosquitoes (see below for its life cycle). Since this year, one vaccine has been on the market, but the protection it provides is disappointing. Meta Roestenberg works at Leiden University Medical Centre (LUMC) on a new vaccine for malaria. ‘If you want to make an impact, you have to come up with a vaccine’, she says.

Roestenberg ended up in malaria research by chance. She didn’t know what she wanted to study but liked science subjects so she applied to study medicine. During the first few years, she did a number of public health internships in India, Namibia and the Philippines. ‘When I saw the health situation there, I knew what I was doing it for.’ A training as a tropical doctor was an obvious choice, but she chose a different path. ‘I am impatient, I like speed and dynamics. And I am an enormous perfectionist, everything has to be right down to the last detail. That is a tricky trait in the tropics.’ She decided she wanted to make a difference by making progress in research into infectious diseases.

This idea brought her to Nijmegen, where she trained as an internist at the Radboudumc. She met Robert Sauerwein, who was researching malaria; he offered her a PhD position. She completed her PhD research with honours in 2013. In it, she showed that if healthy volunteers allow themselves to be bitten by malaria mosquitoes while receiving malaria medication, they are protected against the disease for a long time.

In 2021, she was appointed professor of human models for vaccine development at Leiden University; in January, she held her inaugural lecture. She is also head of the Controlled Human Infection Centre at the LUMC, where she conducts studies in which volunteers are infected with infectious diseases.

It sounds dangerous: infecting healthy people with malaria and then giving them a potentially effective vaccine.

‘I understand that, but it’s certainly not dangerous. We keep a very close eye on the participants and we have effective medication if necessary. With controlled infection studies you can very quickly see if a vaccine has potential. That’s the enormous power of it, which hopefully will allow us to speed up the development of a vaccine.’

What makes malaria so interesting in terms of research?

‘The malaria parasite, like other parasites, is fantastic! Parasites are so fascinating. They are like the Very Hungry Caterpillar. They transform from one form to another, they travel through the human body without any respect for organs and escape our immune system because after thousands of years of evolution they are fantastically adapted to humans. Isn’t that intriguing?’

It was long said that a malaria vaccine is impossible. You haven’t given yourself the easiest of tasks.

‘If you want to have an impact, you have to make vaccines. Vaccines are the only way to eradicate diseases. We will soon emerge from the corona crisis because of vaccines. Smallpox has been eradicated by vaccines, polio almost. And of course it’s not easy, but I hope that scientists don’t become scientists because something is easy. If something is difficult, you just have to work harder.’ 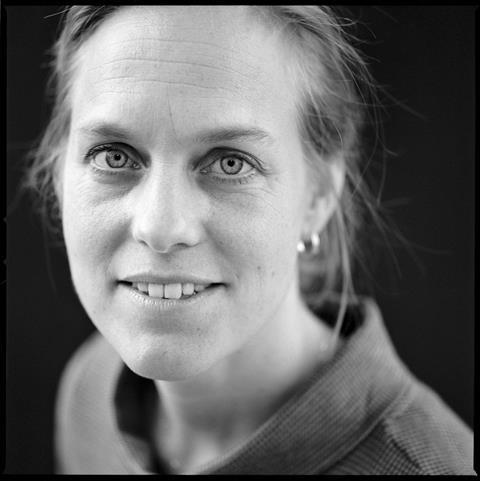 ‘Parasites transform from one form to another, travelling through the human body without any respect for organs’.

Two years ago, Roestenberg and colleagues published the results of their malaria vaccine PfSPZ GA1. In Leiden and Nijmegen, 67 volunteers received injections of the first vaccine made from a genetically modified parasite. The malaria parasite has a complicated life cycle in humans and mosquitoes (see box). The first phase in humans takes place in the liver, the second in the blood. As people do not become ill as long as the parasites are in the liver phase, the aim of the vaccine is to stop the development of the parasite as soon as it arrives in the liver.

What did you think of those results?

‘We’re clearly not at the finishing line yet, but the results were sufficient to continue developing this vaccine. We are now in the middle of developing a second version. The global consensus is that a vaccine is good if it stops at least 75% of infections, but I am very demanding and want to go for 90%. The effectiveness will always be lower once we start implementing it. This is because conditions in Sub-Saharan Africa are different. People may have had infections before, or they may have an infection at the time of vaccination. We also give it to young children who are often malnourished and have a different immune system.’

What improvements have you made?

‘The molecular biologists have made a number of new genetic changes to the parasite that stop development later in the liver phase. This increases the amount of antigens and we hope that the immune response will be greater.’

Doesn’t that mean you are taking a greater risk?

‘Certainly, there is a chance that a parasite will develop into the next stage. That’s why we first wanted to develop a vaccine that stops the development early in the liver, but that turned out to be insufficiently protective. Last year, the first experiments showed that this new vaccine is also safe; there were no breakthrough infections. Now we just need to determine its effectiveness.’

‘If you want to have an impact, you have to make vaccines’

The only malaria vaccine currently on the market – RTS,S – only works for four years and prevents 39% of malaria cases and only 29% of severe malaria cases in young children. Can that still be called a breakthrough?

‘It certainly is. It’s the first vaccine against a parasite. And with a disease that claims so many victims, you sometimes have to settle for something that doesn’t work as well. Half a million children die of malaria every year. If you can save 30 to 40% of them, that’s still a lot of children. That doesn’t change the fact that the ultimate goal is to have a vaccine that offers good protection worldwide for a long time.’

How can this disappointing effect of RTS,S be explained?

‘I think there are a number of reasons for this. Parasites can change genetically just like viruses such as SARS-CoV-2. Not as quickly, admittedly, but different strains circulate in Sub-Saharan Africa. The effectiveness of RTS,S is highest against parasites that are similar to RTS,S. The effectiveness of other strains is much lower. In addition, the factors I have already mentioned do indeed play a role. These are both genetic and environmental factors.’

How can you take this into account when developing vaccines?

‘An interesting aspect is immune system tolerance. If you are exposed to parasites often enough, you can live with them. Many adults in Sub-Saharan Africa carry malaria parasites and don’t get sick anymore. The question is whether you want to break that tolerance; maybe it’s not good if your immune system can coexist with the parasite. And if so, how? Or perhaps children should be vaccinated at a very early age, even though their immune systems are less mature. But there are also indications that when a pregnant woman gets infected, changes already occur in the child’s immune system. These are all very interesting aspects that we still need to explore.’

The number of malaria cases has increased significantly due to the coronapandemic. Are there any advantages, for example for malaria research?

‘I’ve noticed that it’s easier to talk about my research, people suddenly understand the impact it can have. Before, they couldn’t imagine what it’s like to live in an area where you fear for your children’s lives every day, where you have to sleep under a mosquito net and have to spray insecticides in your house. That is different now. I sincerely hope that this will translate into more funding.’

A patent has been filed for an mRNA vaccine against malaria that Oxford University is going to develop further. Do we have the pandemic to thank for that?

‘All those technologies that have been rapidly developed for covid, we can also try for malaria. The European Commission has invested in BioNTech, for example, and they are now going to work on malaria vaccines. That doesn’t mean it will work, because a parasite is much more complicated than a virus, but maybe there is something we can use. As long as we take small steps, we will make progress.’

Worldwide, resistance of the parasites to the malaria drug artemisinin is increasing and last year it turned out that an Indian mosquito species is advancing in Africa and is highly susceptible to African strains of the parasite. Will a vaccine still be available in time?

‘I am very worried about that. We are all very afraid that malaria cases will rise again due to increasing resistance of malaria parasites to medication and mosquitoes to insecticides. That will all work against us. For that matter, nets, medicines and insecticides will always be needed. I don’t believe in the golden bullet. It will always be both and.’ 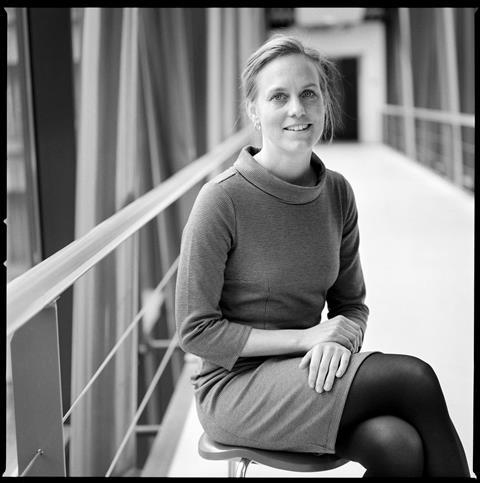 ‘All those technologies that have been rapidly developed for covid, we can also try for malaria’

You are a member of the WHO malaria vaccine advisory committee, in 2020 you received a Heineken Young Scientists Award, in 2021 a Vidi and that same year you were appointed professor of human models for vaccine development. In short, you have already achieved a lot. What are you most proud of?

‘I am incredibly proud of my team, which does a terrific job. Because let’s be honest: they do all the lab work and I only do the talking. It is very nice to see how well they all work together and how good the work climate is. Whether that is my merit? Well, I am just a link in the chain. In the coming years, I hope to make the team even more diverse, with PhD students from Africa and from different research backgrounds. Infectious diseases are a global problem and you have to make global policy on them and do joint research.’

What else do you want to do?

‘I want to improve the cooperation with pharmaceutical companies. At the moment, there is little interest in malaria vaccines from the industry because there is no strong market for them, but I don’t believe the academy can develop them on its own. So the question is what we should do. I’d like to look into that. As for research, I can’t wait for the results of our improved malaria vaccine. Science is such fun, there are always new results.’

What do you hope to have achieved in 20 years?

‘I hope that I will be unemployed twenty years from now, that malaria will be endemic and that this research will be led by African institutions with enough money. That is my ideal. I hope I look back and see that I have made an impact. But I actually think that I will still see things that I still have to do and that need to be improved. I don’t think I’ll be satisfied in twenty years’ time.’

You’re too much of a perfectionist for that?

‘Yes, and also too impatient. It always has to be more, faster and harder.’