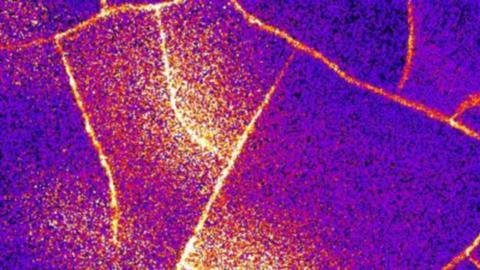 Dried paint does not look very dynamic. But appearances are deceptive. Using an adapted medical technique, Wageningen researchers show that there is a hive of activity within the paint. Useful for restorators and for the makers of new, sustainable paints.

The phrase “watching paint dry” does not promise an exciting activity. Yet it is exactly what Hanne van der Kooij and Jesse Buijs of Wageningen University are trying to do. With good reason, because beneath the seemingly calm surface of a paint layer, hectic activity can break out at any time. ’Paint is a very heterogeneous material, in which all kinds of reactions and processes take place. That can go on for a very long time, just look at the changes in the paint on old paintings,’ said Van der Kooij, staff scientist in Joris Sprakel’s physical-chemical research group. ’We only see the surface of the paint layer and then it seems as if cracks and blisters ‘just happen’, but of course something precedes that.’

Between wet and dry paint lies a world of change. From a dispersion of polymer beads (the wet paint), a polymer film (the cured paint layer) is gradually formed as the beads flow together. This still requires some plasticizer, even in water-based paints. ‘To find alternatives to those unwanted plasticizers, we need to know what exactly drives the flowing together of the spheres and the formation of the film.’

’We see cracks and blisters as if they just happen, but of course something precedes that.’ 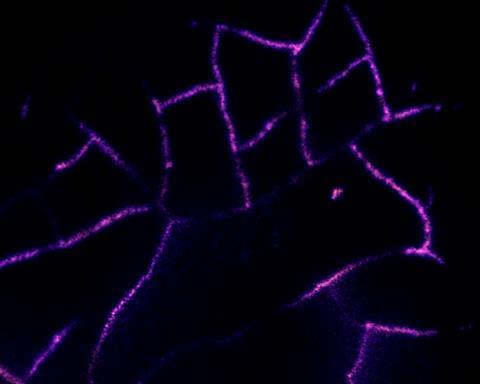 The question then is how, in a non-transparent material, you can see beyond the surface. The answer, surprisingly, came from the medical field. To visualize perfusion under the skin, Laser Speckle Imaging is used, a technique developed back in the 1980s. Group leader Joris Sprakel came up with the idea of using this technique to visualize movement in a layer of paint. ’Look, this is what a speckle pattern looks like,’ says Van der Kooij as she shines a laser pointer on the wall. The light is scattered in all directions and a pattern similar to the “snow” on a TV screen appears.

There is no information in that pattern itself. What matters is the change in the intensity of the spots. That is a sign of movement, explains PhD student Jesse Buijs. ’Movement changes the path of the scattered photons and you observe that. The more movement in the paint layer, the more that intensity changes.’ A demonstration in the lab shows the power of the technique. The setup is simple. A laser, mirrors, a lens and a digital camera. Van der Kooij applies a drop of isopropanol to a dry layer of old-fashioned oil paint. If you look at the paint, you don’t see anything happening, but the accompanying speckle pattern is spectacular. You can’t see the flowing droplet itself, because it is transparent, but you can see its exact outline. Beyond that, nothing happens, but wherever the solvent goes, a teeming pile of specks forms. Under the paint layer, huge activity breaks loose. And once everything has evaporated, peace returns.

But what exactly did we see? That something is going to move is important information, but it is still a qualitative result. ‘The big innovation is in the data analysis,’ Buijs says. ‘As a result, we can now also obtain quantitative information. For example, about deformations. Before cracks appear, stress builds up locally. That leads to tiny deformations that we can measure at the nanoscale. But we can also measure deformation caused by swelling, for example by the application of a cleaning agent. In a system that is more fluid, we can measure differences in flow velocity, among other things.’

An appealing example of how to use LSI for paint analysis is the collaboration between Sprakel’s research group and the Rijksmuseum, among others, as part of Operation Night Watch. For conservators and restorers, it is essential to be able to see directly what is happening in the paint layers during their work. But LSI also offers interesting possibilities for more mundane paint and materials research. For example, for determining the so-called “open time” of paint. This is the time between application and curing, within which you can still process the paint. Van der Kooij: ’For paint makers, that open time is very important, but we have no mechanistic understanding of what exactly determines that time and how you could control it.’

Other applications include research into inks, self-healing coatings or responsive materials, which respond to signals from the environment. ’LSI can be used on all substrates,’ she says. She also sees many opportunities to integrate LSI with other techniques, such as rheometry or confocal microscopy. ’LSI provides data on nanodynamics and nanomechanics. If you combine that with data on mechanical properties, you get a much more complete picture of the behavior of the material.’ 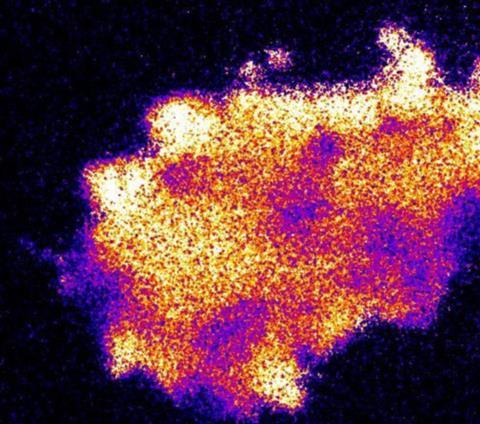