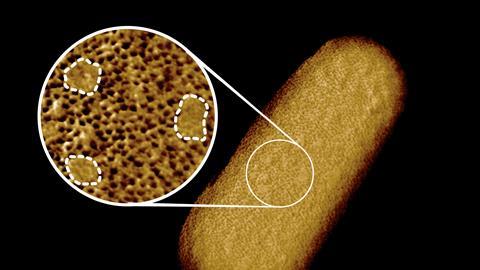 With AFM, researchers at UCL get close to the reality of the surface of a bacterium.

Images of matter at the molecular or even atomic scale are usually approximations of reality, since we cannot observe it directly. However, this image, an atomic force microscopy (AFM) image of the outer membrane of an E. coli bacterium, comes very close to that reality. The image was made in the group of Bart Hoogenboom, who after studying physics at the University of Groningen arrived at University College London via Grenoble and Basel. He already has several firsts to his name for high-resolution microscopy based on AFM and can add this one to his record of achievements, because according to the publication in PNAS, it is an image of a bacterial surface ‘with the highest resolution ever’.

The conclusions that Hoogenboom and colleagues draw from the image: the surface consists mainly of OmpF (outer membrane porin F), which forms a static porin network with patches of lipopolysaccharides (LPS) in between that grow and shrink dynamically. OmpA proteins provide noncovalent anchoring of the outer membrane to the underlying cell wall of the bacterium. 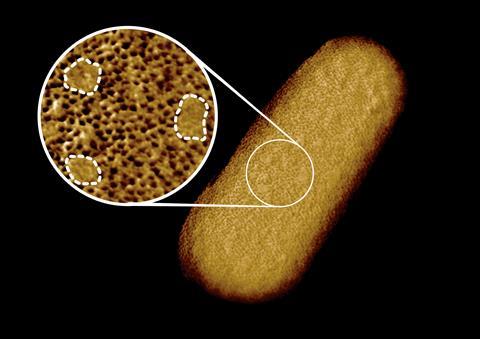