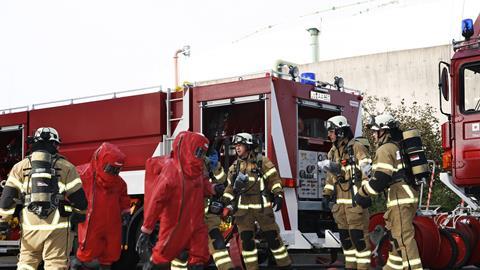 When the risk seems gone

Human biomonitoring is ideal for determining whether people have been exposed to a chemical substance, but until now it has often just been part of occupational surveillance routines or environmental surveys. But a clear protocol for first responders is also needed in order to understand the effects of (minor) chemical accidents and exposure to hazardous materials. ‘There’s no need to reinvent the wheel’.

In the event of major (chemical) accidents, you usually already take biological samples from the victims and emergency workers. But measuring exposure can also provide useful information in the case of smaller leaks and spills. A paper in the Journal of Exposure Science & Environmental Epidemiology therefore argues for better preparation before accidents. ‘After all, you don’t know in advance when leakages and spills will occur’, says Michael Bader, expert and head of human biomonitoring (HBM) at BASF Ludwigshafen in Germany.

There are three basic applications in HBM, Bader explains. Firstly, occupational biomonitoring, in which a regular check is carried out to see whether monitoring results in blood and urine samples do not exceed limit values in people who deal with chemicals every day. Next, there is environmental biomonitoring: have any chemical substances been found in people in a certain population that could have originated from environmental sources such as food, drinking water, lifestyle factors or pollution from traffic or industry? Finally, there is emergency response biomonitoring, which looks at the same samples after a chemical incident. Bader: ‘Most substances have a very short biological half-life of a few hours. After this time, half of the amount of incorporated substance has already disappeared from the blood or urine.’ Speed is therefore of the essence and this is how emergency HBM differs from regular HBM in the event of an accident. 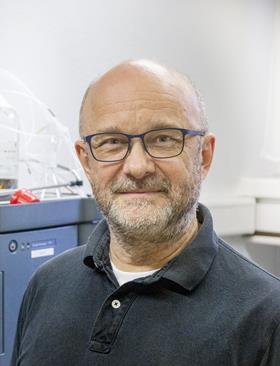 Bader’s colleague Gert Van Bortel, global head of emergency response at BASF and originally from Flanders, adds: ‘As a fire fighter, for example, you have a high risk of exposure to hazardous substances. After all, you only come into action if there is an accident, chemical or otherwise. That’s why firefighters wear protective clothing, but if you don’t test whether that protection works, you can still be at risk.’ Therefore it is important to take measurements consistently and not just in the event of major accidents, according to Bader and Van Bortel. ‘You should also look for solutions to improve PPE’s or training and awareness of their proper use’, adds Van Bortel. 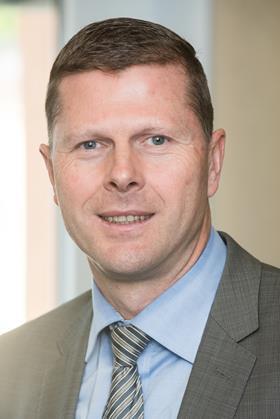 ‘Our system is quite unique in the business world’, continues Van Bortel. ‘Apart from offering human biomonitoring to our own team even in the case of small leaks, we also offer our services to other first responders.’ For example, BASF cooperates with Belintra, a fire service in Belgium. ‘They can come to us with their questions about HBM, so they don’t have to reinvent the wheel.’

Bader knows that a number of other larger chemical companies follow similar concepts, but ‘a comprehensive programme like ours is pretty unique’. It did not come out of the blue, however. Bader: ‘We have been working on emergency response HBM for a number of years now, both in Germany and in Belgium. This is because, as a chemical company, we naturally have immediate access to our laboratory capacities to take and analyze samples. Since 2015, we have started working with our first responders, with whom we have established a protocol that is very workable.’

That protocol was published by Bader, Van Bortel and colleagues in the aforementioned paper. With simple questionnaires and urine containers, first responders could quickly assess the situation and take samples to check for biomarkers. The results then reached not only the medical department and health physicians, but also the people who had given them a sample. ‘That made us learn a lot about our protective clothing’, says Van Bortel. ‘You don’t always see the contamination, and you can say that employees have to stick to the rules, but with a biomonitoring campaign like this it becomes very personal; suddenly they get a document with their name on it and values from their own samples. The invisible becomes visible.’

‘What most people don’t realise is that many substances enter the body through inhalation, the skin and thus also through contaminated clothing’, says Bader. ‘And we measure all these contamination routes with HBM. The samples are examined mostly with LC-MS/MS or GC-MS/MS. Those are the best techniques for analysing very low concentrations of substances in biological material, and we can do this in our biomonitoring lab for a large spectrum of biomarkers.’

Also in the Netherlands, guidelines for HBM after minor chemical incidents exist. Paul Scheepers, associate professor at the Radboudumc, among others, already came up with a GGD guideline in 2012, in which this form of HBM is suggested. ‘Human biomonitoring is of course not only done here’, Bader explains. ’The document that Scheepers worked on speaks of a fairly generic approach, which also involves bystanders and local residents, decision trees, responsibilities and other aspects. Our approach is very specific and hands-on: we apply it to our colleagues.’

After several biomonitoring conferences and discussions among colleagues from science and emergency response on this topic, BASF has come up with their own practical approach in 2015. Bader: ‘The experience we have been able to gain from this shows that the introduction of accessible, applicable routines and above all good preparation are very important for the success of HBM programmes after chemical incidents.’ Van Bortel concludes: ‘You also have to take your people with you on this HBM journey. Change is inevitable and motivated people are needed to walk the talk.’