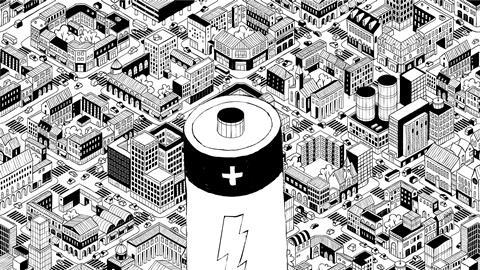 The energy transition is an issue of righteousness

Imagine the earth in 2050. How many people will be living on our planet and how do those people fulfill their energy requirements? As a chemist, how do you contribute to an effective and fair energy transition?

The European Union wants to reduce greenhouse gas emissions by at least 55% by 2030 compared to 1990, transition 33% to renewable energy and improve energy efficiency by 32.5%, their Climate Strategies and Targets state. By 2050, the EU aims to fully transition to renewable energy. To achieve these ambitions, all member states must move to an energy system based on renewable sources.

That large-scale adaptation brings with it not only technical problems and challenges, but also a social and ethical one. That starts with the underlying climate issue.

‘In our society, we tend to look for the optimal solution from a technical-scientific point of view and neglect the social point of view.’

These plans for energy transition stem from the desire to keep the Earth’s average temperature increase below 1.5°C. This is in the interest of all countries on earth, because it reduces the risk of extreme or catastrophic events. However, if each country acts in a purely individualistic manner, it would preferentially emit unlimited greenhouse gases, Gardiner and Hartzell-Nichols say in their article Ethics and Global Climate Change. In addition, the most vulnerable countries in the short- to medium-term are precisely those whose emissions have historically been the lowest and whose emission levels remain relatively low. They will be the first to suffer, even though they did not cause the problem. Thus, from an ethical point of view, the climate issue is primarily an issue of equity.

The energy transition creates new equity issues. Technological change must take place, and in that change, new inequalities may arise. After all, renewable energy sources work differently than gas, coal or nuclear energy, and the energy system must therefore be redesigned. An important part of that system is energy storage.

Nynke van Uffelen is a PhD student at Delft University of Technology within the RELEASE project, investigating the link between energy storage and energy justice. She illustrates how measures designed to combat climate change can create more inequality with an experiment involving carbon tax in France. ‘That was a regressive measure. The people who have to spend a large percentage of their income on transportation saw the portion of their income that went to transportation increase dramatically. They couldn’t really afford that. Wealthier people didn’t feel that tax as much.’ She argues that you have to think about equity up front and design taxes so that the revenue returns to the people who need it most.

‘If you pay attention to what the controversy is really about from the start, you can avoid a lot of misery.’

Taebi: ‘When choosing materials, for example, you should think about circularity and where the raw materials come from. There are enormous challenges for chemical industry. Especially the circular use of important materials can be improved. There are also concerns about what we get from Europe and to what extent we are dependent on other countries. The main raw materials for batteries have to come from China, and it has been years since they were exporting them. Yet another concern is cobalt. That often comes from conflict areas.’

Safety is an important topic because we are deploying new processes, the health and environmental effects of which are not yet sufficiently known in the energy transition. Taebi, who is also director of the TU Delft Safety & Security Institute, emphasizes the importance of safe design (safe-by-design). ‘Together with the Ministry of Infrastructure and Water Management in the Netherlands (I&W), we are looking at how you could design processes differently to include safety at the start of a project. For example, to release chemicals or to remove certain substances that we do not want to use from the process.’ 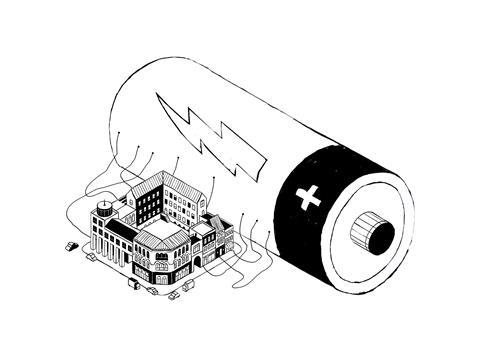 Beyond these issues, Van Uffelen and Taebi seek to better understand equity considerations. In energy storage, geographical location plays a major role. Van Uffelen: ‘Where exactly should the energy be stored? Do we want a gigantic battery near a residential area? How do we distribute the costs and benefits fairly? In addition, there are many decisions to be made. Who makes those decisions and on what basis? That ethical issue should remain on the agenda.’

When an important group of stakeholders is not given any say, major plans can fall through completely. An example is the situation surrounding a proposed CO2 storage facility under Barendrecht. In 2010 the Dutch government and Shell wanted to conduct a trial with CO2 storage under a densely populated residential area in Barendrecht, South Holland. The necessary infrastructure was already in place, the location met all the requirements and the risk was negligible, but the chosen field lay under a populated area. The residents put up fierce resistance and in November 2010 the Minister of Economic Affairs announced that the plans would not be carried out.

Jan Mehlich, chemist and researcher in the field of technology ethics, sees a particular role for subject specialists in providing information. To contribute effectively to decision making, chemists must assume the role of honest broker. They can illustrate what the possible solutions and associated consequences are, Mehlich said in an EUChemS webinar. ‘Chemists cannot engage in ethical decision-making in their day-to-day work; that is too far outside the scope of their research. But ethical decision-making does need input from chemists.’

‘Unfortunately, there are many such bad examples’, Taebi says. ‘The option had not been presented to the municipality of Barendrecht, but was imposed. The ambitions were enormous, but they didn’t realize that they were only considering the technical perspective. The social aspects are different from the technological aspects. In our society we tend to look for the optimal solution from a technical-scientific point of view and neglect the social point of view. That’s the wrong approach, because you can’t separate them from each other.’

Taebi and Van Uffelen emphasize that controversy has a function. Taebi: ‘Controversies are often insufficiently understood or opponents are dismissed as emotional people who do not understand the facts, while in fact they expose an underlying problem. The role of ethics is to bring clarification to the social debate.’ Van Uffelen adds: ‘Controversies can be very constructive. We don’t want to prevent them per se, but we do want them to be discussed in a well-considered and constructive way. It shouldn’t escalate to a point where everyone in society is polarized against one another.’

So what is the role of chemists and chemical technologists? According to Taebi, it is participation in the dialogue. ‘It’s a two-way street. It’s good if chemists are more familiar with the broad aspects of their work. Conversely, it is important for us to understand the state-of-the-art so that we know what is possible and what could be possible.’

RELEASE works on scientific breakthroughs, technical solutions and policy measures for large-scale energy storage systems based on conversion of electricity into molecules, with the aim of improving performance and reducing costs for the European climate targets of 2030 and 2050. The consortium, supported by the Dutch Research Council (NWO), focuses on three technologies: hydrogen production, hydrocarbon production from CO2 and flow batteries. RELEASE is a collaboration of universities, colleges, companies, practical labs and governments and considers the entire pathway from laboratory scale to full implementation.