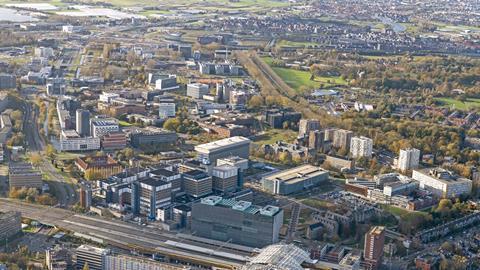 The success of science parks

Both the local and national economy benefit from the growing number of science parks. The parks act, among other things, as regional job engines. However, to maximize the benefits, the government should act more as a facilitator.

The number of companies on campuses grew by 30% and employment by 22% between 2014 and 2018. By comparison, in the respective municipalities, the total number of jobs grew on average by only 6%. This is according to 2018 research by Buck Consultants International commissioned by the Ministry of Economic Affairs. 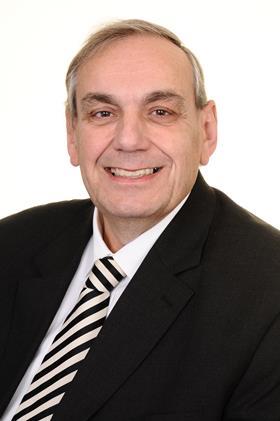 Founder and director René Buck has been researching the functioning of science parks and campuses in the Netherlands for quite some time. Do the numbers actually tell us that science parks have a positive impact on the growth of local businesses? In other words, wouldn’t those companies also have been created and grown, even if they were not located in a science park? Buck: ‘To demonstrate this properly, you would have to study how a group of 100 companies grows on a campus compared to 50 similar companies off campus. This is a type of experiment that is not easily performed. However, the fact that companies grow due to science parks is evident.’

But what distinguishes a science park from an ordinary business terrain? Science parks usually arise around a university or other knowledge institution or large companies with a strong focus on research and development. The available knowledge is, however, not the only thing that attracts companies. When choosing a new location, three aspects play key roles: the presence of technology, facilities and talent. The latter factor in particular is of great importance. Buck: ‘A university provides a constant flow of students and PhDs. There is a great need for that, especially now.’

Just being located at a science park is not enough to bring in talent, Anne-Wil Lucas says, who is area director of Kennispark Twente: ‘Companies themselves have to make sure they are known to graduates and PhD students, for example by offering internships and organising lectures for this target group. This is an added value the campus organisations can offer.’

‘The fact that companies grow due to science parks is evident.’

In terms of facilities, this involves both ‘hardware’ – the buildings, infrastructure and so on – and ‘software’. This includes, for example, the contacts, information exchange and guidance that’s available to companies in their search for mentors, venture capital or research partners.

Johan Guldix, senior advisor on Innovation & Entrepreneurship at the Flemish Network of Enterprises (VOKA), notices that especially start-ups and fast growing companies are looking for both: ‘Companies are looking for a space where they can grow. Start-ups often stem from technical or scientific development. Founders are scientists with less knowledge about finance or HR. They are happy to use services for these issues if they are provided by the science park.’

An attractive science park is easily accessible with sufficient facilities nearby. Guldix sees that an urban environment in close proximity is essential. ‘Especially if you want to attract foreign talent, the environment has to be pleasant to live in with sufficient facilities, also for children. The traffic situation is an issue, though. Long travels are not really attractive.’ 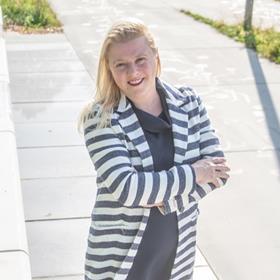 Lucas thinks the campus itself could also be an attractive live/work location. ‘In the future we do not want to be a work-only campus. The lights no longer go out here at 5pm. There will be more catering facilities and in two years’ time, the first 200 housing units for young professionals will be present here. Already, there are appealing facilities here, such as the FC Twente stadium, an ice rink and a cinema. We would like this to become an integrated area; an innovation district where you can live, work and recreate pleasantly; where your surroundings and the people around you inspire you to come up with new innovations.’

‘The best conversations often take place at the coffee machine’

The park organisation helps in fostering contacts and creating a community for the attendees. This however also requires an effort from the companies. Lucas: ‘As a company, you have to participate in the relevant activities. We regularly organise targeted events with a specific scientific theme. These deep dives ensure that people with the same interest meet each other. That works much better than the standard Friday afternoon get-togethers.’

The aim is also for attendees to actively seek each other out. ‘Within companies, the best conversations often take place at the coffee machine. The same principle also applies on a larger scale to science parks. We want to encourage these kinds of meetings as well. That’s why we want to create a central car park for all companies at the Kennispark. From there, everyone walks to their own buildings and the first encounters can arise.’

For the same reason, Kennispark Twente has food trucks: in the queue, while waiting, people could start conversations. ‘Sometimes people find it difficult to talk to strangers’, Lucas notes. ‘This kind of “organised coincidental encounters”, also called engineered serendipity, can help them. Of course, those coincidental encounters alone are not enough, but it helps if you have seen each other before.’

A campus organisation generally consists of a small assembly of inspired people. Kennispark Twente is led by Lucas and two colleagues. It is up to them to keep control of the physical and programmatic part. The Kennispark is organised according to a triple helix: the municipality, university and property owners’ association are represented.

However, the three parties do not all have the same priorities. For universities, it is pleasant to have companies near, because it allows them to conduct contract research, Lucas explains. ‘But making connections between the various companies and knowledge institutions is not their core business. For the municipality, the presence of the Kennispark is beneficial, because it creates additional employment, but they mainly think it is important that everything is leased, and less important to whom. While it is actually of great importance to precisely monitor the companies that will be established there.’

So the interests of the parties can overlap but may not be exactly the same. Lucas: ‘That is why it would be good to have an area organisation that ensures that all parties make decisions that support the common interest.’ 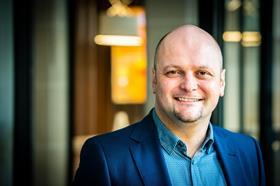 Buck and Lucas argue for structural government funding of park organisations. Buck: ‘For the management of a science park – apart from the real estate – no good commercial revenue model can be made. Contributions for this now come from knowledge institutions, companies and local governments.’ This is, however, not good enough, both coordinators believe. Keeping a science park functioning is expensive, as are investments in area development and accessibility. ‘Because it is proven that knowledge parks contribute to innovation growth on a national level, there should also be a contribution from the national government to utilize the full potential of these kinds of campuses and science parks’, Buck believes. ‘The government has made € 20 billion available for research, development and innovation through the National Growth Fund for the coming years, but campus organisations themselves do not receive any support from this.’

Last year, a US investment company, with a Singaporean major shareholder, took over the High Tech Campus in Eindhoven. The Eindhoven municipality and the Brainport foundation tried to stop it and asked the Ministry of Economic Affairs for state participation so that a counter-offer could be made. The minister rejected that idea. But it did cause the government to start thinking about which infrastructure is of national importance and what a national campus policy should look like.

In Flanders, there are grants for cluster organisations from the Flemish Agency for Innovation and Entrepreneurship (VLAIO). A 10 year funding programme was set up in 2016 for the various spearhead clusters, such as Catalisti for the chemical sector, Flanders Food for Agri-Food and SIM for the material industry.

Gludix believes that government should act more as a facilitator. ‘A park should be big enough to create volume’, he says. ‘The government is too slow with granting permits when, for example, one wants to cut greenfields to provide space for new cluster sites.’ Buck: ‘Innovation is about speed. Of course it is important to be transparent about the use of public money and there should be control over that. But the administrative ballast for companies to qualify for innovation incentive schemes is currently substantial.’

Guldix also thinks the government should help market and publicise science parks to companies and other parties. ‘It is an advantage if a science park is concentrated around a particular theme. It is easier to market such a spearhead to entrepreneurs, transparency in the landscape is important. It makes it easier for start-ups to decide what location would be best. Every knowledge institution has an incubator, but where does it benefit most?’

‘Companies are looking for space where they can grow’

On the contrary, Lucas believes that the government should not sectorise too much either, because it is precisely thanks to crossovers between sectors that innovation emerges. Yet the Kennispark Twente is not a random collection of companies. ‘The companies that want to establish themselves here must fit into one of the sectors in which we operate: MedTech, Materials, Advanced Manufacturing or Secure Systems. We must prevent too much fragmentation. But it is precisely at the interface of sectors that there are interesting innovations: a company that has developed a strap with sensors to monitor babies properly, for example. Is that Semicon or MedTech?’

Guldix also sees the importance of crossovers. ‘These should definitely be encouraged. By approaching one topic from different disciplines, innovations can arise. For instance, cooperation between specialists in biotech, electronics and health can lead to new developments in terms of wearables. Promoting interdisciplinarity currently happens too little.’

The ten most developed science parks in the Netherlands have united in the ‘National Campuses Consultation’ (also see our interview with chairman Bert Kip). In 2020, they drew up a manifesto to convince the government of the need to invest in innovation ecosystems nationwide.

At the international level, the International Association of Science Parks and Areas of Innovation (IASP) exists. This organisation aims to allow cluster organisations to learn from each other and exchange best practices.