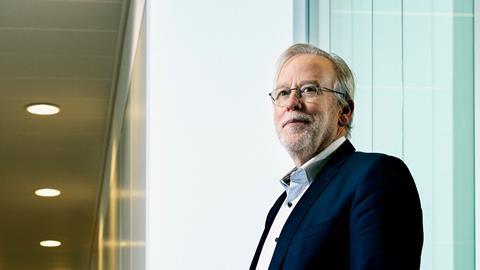 ‘Valorisation is not academic wisdom, it requires experience’

Thriving campuses are crucial to accelerate innovation, says Bert Kip. ‘They are part of the national innovation infrastructure, but that is difficult to get across in The Hague.’

For those who still remember the old DSM site in Geleen, it is a strange experience to now drive through that same Gate 2. Modern, urban buildings, lots of greenery, a trendy coffee bar with vegan banana bread; the Brightlands Chemelot Campus lives up to its name. You really get the campus feeling here. Exactly what director Bert Kip had in mind ten years ago.

When the transformation started here, many people thought it was just a new label for existing DSM activities.

This campus is of course built on the foundations of DSM Research. When I myself moved from DSM in 2012 to become director here, over 90% of the activities were still DSM and there were about 1,000 people working in R&D here. We did things differently from day one. Our goal was and is to create a healthy and vibrant ecosystem that includes many different parties. Large companies, SMEs, start-ups, scale-ups and also education and knowledge institutions. Ten years on, the figures look very different. There are now over 3,000 people working on the campus, of whom only eighty work at DSM after the recent sale of some DSM units. We have gone from one company to 110 different parties. And there are about 1200 students here, from intermediate and higher vocational education, and from university, for the practical parts of their studies. It really is no longer DSM.

Aren’t the new companies mainly a continuation of DSM activities?

‘No, our ecosystem has become much more magnetic. Only a handful of companies here are direct descendants of DSM.’

’The sentiment in The Hague was: It’s just a bunch of bricks’

Why do companies want to settle here?

’For various reasons, but it can always be traced back to elements of the ecosystem. The possibility of recruiting talent, for example. There are many students here, which is attractive to companies. Parties also come here because there are other companies that are interesting to them, as a supplier or as a customer or as a technology partner. There are also companies that come here because of the infrastructure, such as our pilot plant facilities or the clean rooms. Sometimes they are spin-outs from current activities or from public-private partnerships that fit in with the knowledge domains here on the campus. An example is Vertoro, which originated from TU Eindhoven and grew within the Chemelot InSciTe programme. From biomass waste streams, they make lignin oil, a fuel for the shipping industry. Now they have entered the scale-up phase, and for that they need to set up a demonstrator plant. They are building one here in our multipurpose pilot facility.

Can anyone come here?

No, we have always been selective. If a company wants to establish itself here, the ecosystem must benefit and so must the party in question. For a campus, it is essential that you have a well-defined profile; there must be substantive ties between the parties. I often get the question: ‘What about IP [intellectual property, ed.]?’ But that is not the issue. Much more important is that technician A gets talking in the restaurant with technician B from another company, and then it turns out that B has experience with the type of problem A is now struggling with. It’s about shared experience of the different steps you need to take to turn an idea into a successful application. How do you go from the lab to the large, commercial scale? That industrial valorisation requires a number of complex steps. You need experience to do that - it’s not academic wisdom, it’s about the type of problem, regardless of the specific details. Here in the field, we have the experience of all those different phases and steps in that process. That can be very useful.

You are also chairman of the National Campus Consultation, which comprises ten campuses. But the Netherlands has many more science parks. Why are these ten in that consultation?

These are the ten campuses defined as ‘mature’ by Buck Consultants, commissioned by the Ministry of Economic Affairs and Climate Change. That list is our starting point; we do not select the members of the consultation group ourselves. If new campuses are added to that list, then the consultation will be expanded.’

How similar are the campuses? What binds you, apart from that top-ten ranking?

These ten campuses are very different, both in terms of content focus and in organisation, ownership and history. Some campuses are a department of a university, others were set up by a municipality, and still others, like us but also the High Tech Campus in Eindhoven, are true business campuses. But beyond all those differences, we are all working to build a vibrant ecosystem, have very similar desires and run into the same problems.’

‘What all campuses face is the question of where to get the funding to fulfil your facilitating role. To really build those ecosystems and make them healthy. If you can do that, innovation will proceed faster, start-ups will be more successful and you will attract others in the process. But on the one hand, you need people, the ’oilmen’, to ensure the connection between parties on campus and with new parties outside of it. And on the other hand, you need money to provide infrastructure that cannot be financed commercially. Think of technical facilities for start-ups such as clean rooms, or a community building, for example. This falls somewhere in between, while that is precisely what is so important, because it makes a campus a campus.

There are now 1200 students here. It really isn’t DSM anymore.

That is why, in the preliminary phase of the second round, we submitted a proposal to the Growth Fund to set up a central, recognisable facility on each campus that could shape the mutual connection, strengthen the coherence and further develop the profile, whether that be AI or circularity. No matter how different the campuses are, everyone needs such a facility. What surprised us is that the proposal was immediately shot down. It is very difficult to get the message across at central government level that the campuses – and not just these ten, but science parks in general – are truly part of the national innovation infrastructure. That idea has yet to take root in The Hague.

What is the reason for this?

When it comes to innovation, the government always emphasises the scientific side and the infrastructure, but that is only part of it. It is precisely the ecosystem function of the campuses that is so important in turning an initial scientific result into something more. You saw it very clearly in the discussion about the foreign takeover of the High Tech Campus last year. The sentiment in The Hague was: ‘it’s just a bunch of bricks’. It is strange that the government is not concerned with these essential elements of its innovation infrastructure, because this is where parties meet. And they don’t just find each other: you need people and facilities to make that connection. Somehow, this is not seen as such in The Hague.

This investment would never have succeeded with a financial party as owner’.

The campus organisation in Eindhoven is now managed by a real estate investor who focuses on financial returns. And behind that is another fund of the Singaporean government, which may also want to manage on completely different things. If I had to steer on direct financial return here, I would make other choices. I would not offer a facility for starters, because that is too risky. I would do what is most profitable. But if I wanted to build an ecosystem, I would choose other things. In the past, we invested five million euros in cleanroom facilities for PharmaCell, which does contract research on cell therapy. That almost went bankrupt twice. A big step and a risk, but that is sometimes necessary. For start-up companies, the bridge from lab idea and first concept to large-scale production is often very difficult to bridge. In the meantime, PharmaCell has become part of Lonza, which has also established itself here. It now employs 400 people and is one of our biggest growths, producing, for example, 300 million COVID vaccines a year. But this investment would never have succeeded with a financial party as the owner.

But politicians in The Hague don’t see it as a problem?

The standard response is that there are no instruments for this, but that they do consider it very important. Because we saw little progress here, we took the political route. Recently, VVD MP Pim van Strien submitted a motion to draw attention to this. The Minister of Economic Affairs has now been instructed to enter into consultation with the campuses. In the course of this month, EZK will also publish a memorandum on how they interpret the campuses’ questions and how they see the role of the campuses. It is certainly being looked at seriously.’ 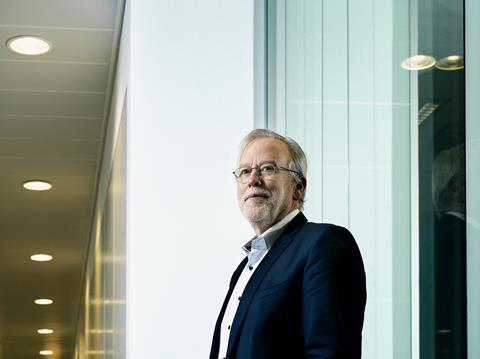 What specifically do you want from the government?

Financial support to fulfil the connecting role in a structural way with people and infrastructure. In addition, there is a need for a clear vision of the business climate at national and regional level. Then it’s about mobility and about the living and working environment. Innovation is about talent. How do we attract people to a campus? Because if people can’t get there or the living environment is insufficient, you won’t get them. We need structural attention and funding from the government at that level too.

And do you only lobby for your own ten campuses?

No, I would like to see structural funding for the other campuses as well, because the campuses that have not developed very far yet must also fulfil this connecting role. All these campuses are part of the national innovation system. If something changes, it has to be done on a broad scale.