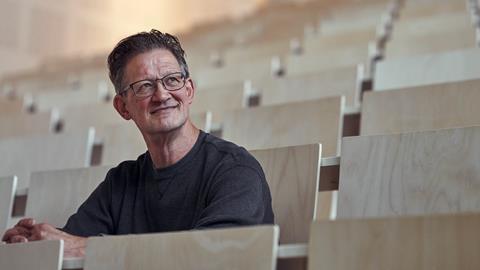 ‘I sometimes wonder how many legs a sheep should have’

After an impressive career, Peter Schoenmakers is retiring as professor, leaving behind a highly regarded programme for training analytical chemists.

‛Maybe half of chemists advertise themselves as analytical chemists,’ begins chromatography expert Peter Schoenmakers. ‛That’s not surprising, since within the industry they are everywhere.’ He should know. For some 20 years he worked in industry himself, and then another 20 years at the University of Amsterdam. This summer, he officially retired from his position as professor of analytical chemistry. But at the end of September, his schedule is still quite busy. ‛It will quiet down soon though,’ Schoenmakers says. ‘My PhD students are completing their projects, I have not been teaching much for the past year, and in ongoing projects I am no longer the project leader. For the time being, I still manage the analytical chemistry talent programmes: at bachelor level for higher laboratory education, and at master level for academic students. That’s a proper job.’

It is a job he enjoys a lot, though. ‛It is fun to be with a lot of young people, especially when they are very committed. And if you get eighty master students in, forty of them are just good – but ten are truly excellent and enthusiastic, motivating all those around them. Those are the exceptional types, the ones you see emerge later. And they are definitely not merely the ones with the highest grades.’

In your opinion, what makes an analytical talent?

‛For our honours programmes, which go deeper than the normal curriculum, we look for students who can make a difference in the world they are going to work in. They have good grades, which do not need to be nines or tens. Communication skills are also important for this field. Of the three ‘Sisters in Science’ [who won the KNCV’s Van Marum medal this year, ed.], two have completed a similar programme with us. And they all have to be motivated, and willing to take a course on Saturdays, for example. People who are willing to do something extra are also the ones who will be worthwhile within companies and the university in the future.’

This appreciation of communication is not really common within chemistry.

Continued below the picture 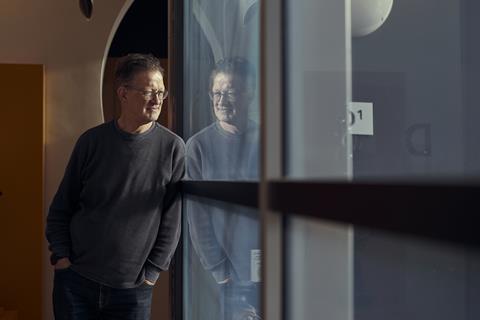 Is the latter perhaps the reason why the two competing Amsterdam universities offer a master’s in analytical chemistry together?

‛Analytic chemists are used to talking to each other about the subject, to getting challenges from someone else, to see: ‛how can I solve that, how should I do that’. Students need to have that attitude but so do we as staff. It helps to get things off the ground together. Teaching is not a little here and a little there. We teach subjects together and choose the best teacher for each subject. In the talent programme, we try to implement that nationally as well. There are things they do better at other universities. Nijmegen and Utrecht are strong in NMR, Maastricht in imaging. You also need to bring in people from industry. That way, you can offer students the best of what is available in the whole of the Netherlands.’

Then again, try to find a PhD position afterwards…

‛Analytical chemistry remains unpopular with funders for scientific research. We deliver a lot of bachelor’s students at hlo level, we have that joint master’s programme, but the number of PhD positions is comparatively very low. It is difficult to get funding for this in the Netherlands. The fact that students end up abroad as a result is not a healthy thing. And if you ask why: I’ve been trying to find out for years and I can’t figure it out.

The consequence is that those who do get PhDs then have their pick of jobs, and can go for what they find exciting. I now have three of them working at Janssen Vaccines, hot topic and very important. But companies like Shell are missing out and will probably have to hire a synthetic chemist who has also done a bit of mass spectrometry.’

Are there more things that could be improved within the academic realm?

‛I sometimes wonder how many legs a sheep should actually have. Professors should be able to teach wonderfully well. They must be able to do good research, have ideas, write proposals, carry out projects, present at home and abroad, and we also expect them to be able to lead a whole group of people. It’s a bizarre set of requirements. Within companies, most people turn out to be poor leaders, so why do we expect this of every professor? You can also build a team in which one is the best communicator and goes everywhere, while someone else excels at finishing a manuscript or motivating young people. Within the academic realm, that should all be contained in one person. The chances of success are not great.’

‘Analytical chemistry is not very popular with funders’

Why did you study analytical chemistry yourself?

‛I thought studying was a privilege and I went to Delft because I had more in common with it than with Leiden. I could have become a chemical engineer but I didn’t like the atmosphere there. You were treated like a customer from industry: at the chemistry lab you had to hand in your sample and then you got an NMR spectrum in return. In analytical chemistry, you were allowed to do a lot more yourself. At the time, this was also bigger in Delft than it is now. They had their own building with a workshop, a glassworkshop and at least 15 staff members. I was introduced to LC, liquid chromatography, and I did my PhD on that. Within that world, you can also be a chemical engineer. A kind of symbiosis of things you learned.’

How did you end up in business?

‛I was able to get a fellowship for a year in the US. But Philips wanted me, and warned that I would be too old by the time I came back. So I started working there right away. Lutgarde Buydens and I did a lot with artificial intelligence and neural networks back then. We were experimenting with what is now called deep learning. We were way ahead of our time and the system we were building was actually not very advanced. Although computers have improved tremendously since then, the idea hasn’t changed. When it was no longer fun at Philips because of reorganisations, I ended up at Shell. There I started working on polymers. That goes far beyond chain lengths, especially with copolymers. It’ s about composition, about terminal groups that determine compatibility… Then you re-enter a world much wider than the chemical industry. Large molecules are also the trend elsewhere, by the way. Peptides and biotech drugs are a lot more complicated than the aspirins of the past. For us as analytical chemists, they are great, but also very difficult.’

‘It’s nice to work a lot with young people’

Why did you end up going to university after all?

‛In a company, you work towards a common goal, and I like that a lot. But the number of questions you get in such an environment is fairly limited because the number of products is also limited. And it is often difficult to remain innovative within your field. I therefore felt it was good to move to a more dynamic environment with more young people.’

Continued below the picture 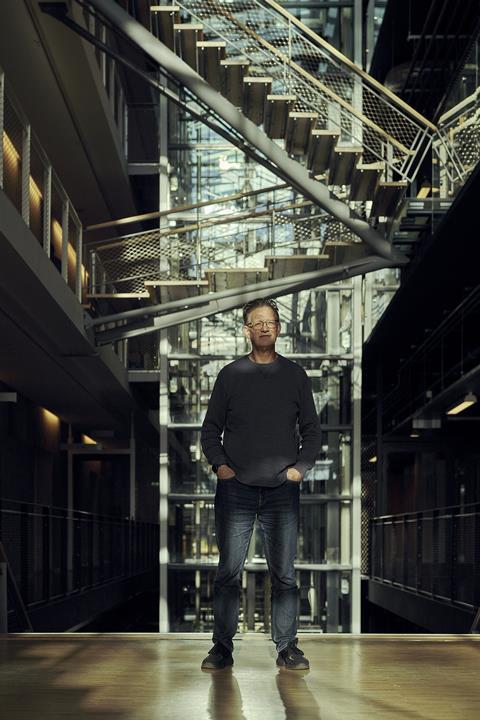 In recent years, your work has included 3D chromatography, where you pull apart the peaks from an LC piece by piece in a second LC column, and then repeat that procedure. Will that become something?

‛With very good LC you might be able to separate a thousand peaks, and with 2D-LC you can handle 10,000. But the human proteome has 50,000 proteins. A few years ago, we calculated that in 3D you should be able to separate a million peaks. So that is very worthwhile, but you don’t achieve it overnight. At each separation step, you have to be able to work a hundred times faster. A first separation in 100 minutes and a second in one minute can be done, but it becomes difficult if you then have to go to a fraction of a second. The STAMP project [Separation Technology for a Million Peaks, supported by the ERC with €2.5 million, ed.] ran until the beginning of this year, but we are not quite there yet. I hope the people working on it dare to go further. High risk, high reward.’

And that other 3D technique, the one that prints chromatography columns?

‛3D printing is not yet perfect but it is a way to do all kinds of research much faster. We can now print things that used to be too difficult to achieve, with all kinds of curves and snags. Using water and dyes, we can see how it flows. We print the prototypes ourselves out of plastic. Then we have the final version made from metals such as titanium by a specialised company. That is more economical than buying a printer of a few tons ourselves. Now, the inner surface of a titanium print is still very rough. And sometimes, as a PhD student, you are two months down the line before you discover that it has been printed with a partition, so it doesn’t work. But the number of possibilities is growing very fast, we have not even been working on it for 10 years, after all.’

You regularly make it to The Analytical Scientist magazine’s Power List, a kind of top-50 of influential analytics. As your biggest challenge there, you once mentioned ‛identify crises before they arrive’. How?

‛At present, we are still going from crisis to crisis. See the PFAS pollution in the Westerschelde. Once every few years, someone identifies a substance and says: this and this can do a lot of harm. To prevent this, you would have to look across the board at what possible dangers are heading our way. For instance, from the enormous mountain of data we can generate from water samples, you can already identify things that modern AI might not trust. The number of substances we know to be toxic is limited. But MS can tell, for example, whether something is aliphatic or aromatic, and whether it has a cyanide group attached to it. I’m glad the new generation is already much smarter with computers. Oh, how much they can do with them. Things I struggled with myself. Fortunately.’