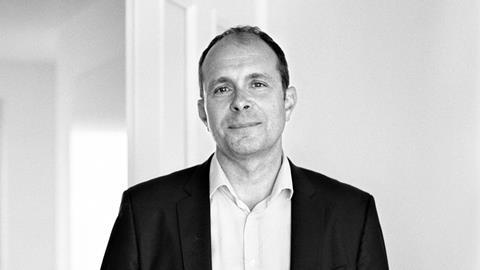 ‘Electrochemistry was always the eternal promise, nowadays it is more or less our only hope’

Since receiving an ERC Advanced Grant as well as the Spinoza Prize last year, Marc Koper has had plenty of room to unleash his curiosity on chemical processes on the surface of electrodes. Although his area of expertise represents the hope for a fossil-free future, Koper mainly wants to understand how it works, because current textbooks do not tell the complete story. Koper is one of the featured speakers at the Evening of Chemistry on 13 October this year.

Since receiving an ERC Advanced Grant as well as the Spinoza Prize last year, Marc Koper has had plenty of room to unleash his curiosity on chemical processes on the surface of electrodes. Although his area of expertise represents the hope for a fossil-free future, Koper mainly wants to understand how it works, because current textbooks do not tell the complete story. Koper is one of the featured speakers at the Evening of Chemistry on 13 October this year.

In the mid-1980s, an article appeared in what was then called Chemisch Weekblad on Orde uit chaos, a translation of the book by Ilya Prigogine and Isabelle Stengers. Prigogine (1917 – 2003) won the Nobel Prize in Chemistry in 1977 for his description of thermodynamic systems that are not in equilibrium, where locally ordered structures emerge from chaos. The article put Marc Koper on the trail of electrochemistry. 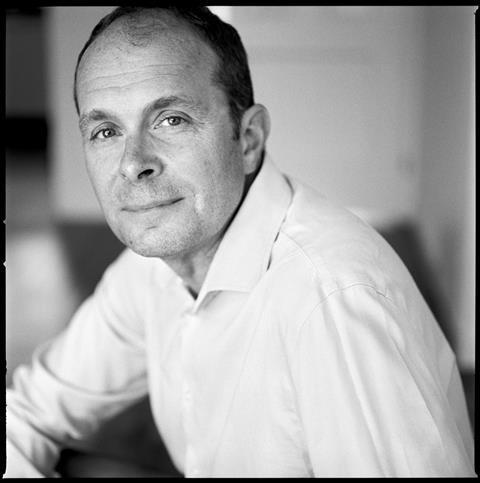 Koper: ‘I was greatly intrigued by that subject, because it was something I had not encountered in my studies. Then I started reading more about chaos, and learned, for example, that a very simple mathematical equation can produce something that cannot be predicted. I even spent a year studying with Prigogine. Spending that time in an international community in Brussels at the Service de Chimie-Physique convinced me that I wanted to be a scientist.’

When Koper graduated, he was fascinated by mathematics and chaos theory. ‘I wanted to do something with that, but just mathematics seemed boring and formal. I saw that there was also something in that field in electrochemistry. So I contacted the Utrecht professor of electrochemistry Jan Sluyters. He thought along with me and gave me space to explore for a few months. Eventually, I got my PhD with Sluyters on mainly mathematical descriptions, but in the end I found electrochemistry more exciting and fun.’

Koper is now professor of catalysis and surface chemistry at Leiden University, where he tries to understand electrochemical reactions using microscopic, spectroscopic and theoretical techniques. His research at the interface of electrolyte and electrode received a major boost in 2021 with both an ERC Grant and the Spinoza Prize.

In a short time, you have a total of 5 million euros at your disposal. Have you gotten used to the idea of having a lot of leeway by now?

‘That’s a gradual process. The ERC application was granted first, and was about a very fundamental subject. Had that application not been granted, I would have used the Spinoza grant for that plan. Now I have both, and have to start thinking again. I haven’t spent a penny of the Spinoza yet. I do have some little plans, but I want to get the ERC project up and running properly first. Besides, there is no reason to spend everything in one year.’

Lots of substantive freedom, but is there still bureaucracy and accountability attached to this kind of funding?

‘The planning and budget you have to submit to NWO are minimal. With an ERC grant, you also get a lot of substantive freedom, but there is a greater reporting obligation. That makes sense, because with that you have to submit an extensive proposal in a gruelling competition. The nice thing about the ERC is that you are not judged afterwards on valorisation and applications. I like that, because the question of what a fundamental insight will yield in ten years’ time does not really interest me.’

‘Improving practical technology does not drive me’

Yet your research is always linked to practical applications, such as the energy transition and a fossil-free future with hydrogen. Doesn’t that contradiction feel uncomfortable?

‘It is understandable and to that extent somewhat uncomfortable, because improving practical technology does not drive me as a researcher; I just want to understand how a chemical phenomenon works. Applications are more of a by-product. That does not take away from the fact that electrochemical research is relatively close to practice. And it’s not that I don’t want to have anything to do with it either, because all the social attention also contributes to funding my field.’

When you chose electrochemistry you were a loner, now this discipline is completely in the limelight.

‘For me that is a strange sensation, because twenty years ago it was genuinely different. Electrochemistry was always the eternal promise, nowadays it is more or less our only hope. When I started teaching electrochemistry in Leiden in 2005, it was the only course in the Netherlands. The subject had rather faded to nothing in the late 1980s, although applied research was being done here and there on batteries, fuel cells, semiconductors and corrosion. About ten years ago, this suddenly changed when energy storage and energy conversion became very important. Then you automatically end up with electrolysis and batteries, and thus electrochemistry. Since then, many more researchers and students have chosen this field.’

Everyone talks about phasing out gas and oil, but is electrolysis ripe for large-scale application in industry?

‘Above all, we need to scale up. The chlorine industry has been doing electrolysis on a large scale for years. That is essentially the same chemical process, though in hydrogen production you leave out the sodium chloride. Hydrogen is an important raw material and production from natural gas produces huge CO2 emissions. For now, that route is cheaper than electrolysis, but that may change when much more sustainable electricity from solar and wind becomes available. I think water electrolysis – also for environmental greening of Tata Steel – is ultimately the only way forward. I don’t see any alternative.’

Here we are again talking about practical applications.

‘That always happens in interviews! But there are also interesting fundamental questions. Water electrolysis is an old process, and there is a tendency to think that we know roughly how it works. In an acidic environment, electrolysis proceeds very quickly, but much less so in an alkaline or neutral environment. This suggests that it is easier to convert protons into hydrogen than water into hydrogen. The reason why is only partly understood. What exactly is the role of all the ingredients in the system? What is important in the activation of a water molecule? How does that work at the atomic level? Where does that happen at the electrode surface? How stable is the active site? Those are the questions I find interesting.’

‘In the end, I think water electrolysis is the only way’

Asking those questions almost gives the impression that we still know virtually nothing. Is there a chance to arrive at a fundamentally new understanding?

‘I think so. Much of what we do affects the textbook models described in the standard work by Allen Bard and Larry Faulkner. If we measure on an idealised platinum electrode, we can see from the data that there must be more going on than the textbook models describe. The funny thing is that this is true for many mechanisms in the more complex fields of chemistry or biology. We can already do a lot technologically, but if you look at it closely, we often don’t understand exactly why we can. At the same time, you wonder: suppose we do understand, what else could we do? The more fundamental our understanding, the more likely we are to be able to improve processes. In industrial-scale water electrolysis, every percentage point of extra efficiency and stability is a nice bonus.’ 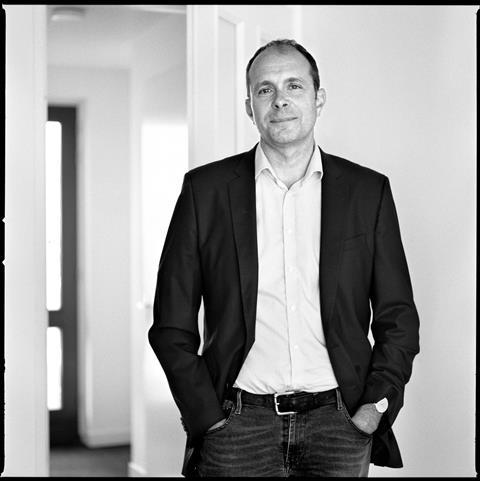 You do measurements on simple model systems. Is it always possible to reason back to the chaotic reality of a large electrode in industry?

‘Yes, but whether my research has direct impact in practice I don’t know. I work a lot with company researchers. I find that my main influence is not in solving their problems, but that through discussions and knowledge sharing they start looking at the chemical process they are working on in a different way.’

So you are impacting the chemical community by sharing new observations before a paper is published?

‘That’s exactly what I like about lectures. I share what I see in measurements, and that I do not yet understand exactly the details. I indicate what the explanation could be, and then ask: what do you think? Colleagues find that interesting, but sometimes a bit strange. It’s not something that happens very often. I just don’t want to jump to conclusions, because it’s rarely as simple as you initially think.’

‘We can already do a lot, but we often don’t understand why we can’

What will you tell the audience at the Evening of Chemistry?

‘I need to think about that carefully. In lectures for a wider audience, I like to start with history. The Dutch role in electrochemistry is sometimes overlooked. The development of electrodes for industrial chlorine electrolysis, for instance, was done at the Schiedam-based Magneto Special Anodes. And hardly anyone knows that in 1789 Adriaan Paets van Troostwijk and Jan Rudolph Deiman did water electrolysis in Haarlem for the first time. They interpreted it right away by stating that hydrogen and oxygen were created. Ten years later, the same experiment was repeated by two Britons, so the Dutch first fell into oblivion.’

When the money is spent and you retire, what do you wish to have contributed to science?

‘A colleague asked the other day when I will write a textbook on electrochemistry. I would like to do that. Put all the knowledge together, including the way I look at it. Also by holding old textbooks up to the light with the question: how do we see this now? It could be a kind of successor to Electrochemical Methods by Bard and Faulkner. I enjoy writing, but it does take a lot of time. I want to do that one day, but it may take another 20 years.’