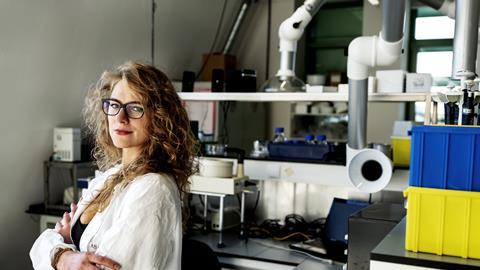 Kinga Matuła (32) always wants to do more. After an academic career in Rzeszów, Magdeburg, Warsaw and Nijmegen, she now heads an award-winning spin-off that can test the mode of action of drugs on single cells. ‘I will be truly really proud when I have actually saved many lives.’

To call Kinga Matuła ambitious is an understatement. The Polish postdoc at Radboud University in Nijmegen switched specializations several times, was active in a variety of fields in addition to her studies and doctoral research, and is now an entrepreneur.

Matuła began studying biotechnology at the Technical University in Rzeszów, but quickly shifted her focus to chemistry. After a master’s degree in chemical process technology in Magdeburg, she returned to Poland for a doctoral position at the Institute of Physical Chemistry in Warsaw. Inspired by the wings of cicadas, the plan was to develop an antibacterial surface. During an early experiment, she discovered that bacteria with a thin cell wall developed resistance to mechanical stress. ‘Our genetic studies showed that the gene expression profile of the bacteria changed. That became the focus of my doctoral research: proving that bacterial cells can build resistance directly.’ 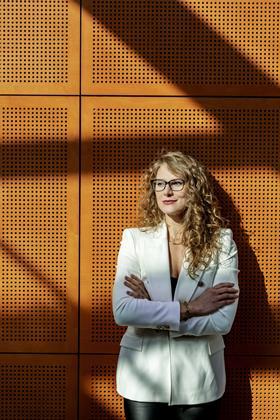 During her doctoral research, Matuła spent several weeks in Wilhelm Huck’s physical-organic chemistry group at Radboud University. Drug research and specifically cancer drugs drew her to the Netherlands. ‘In cancer research you can help a lot of people with the right tools and save millions of lives.’ Unfortunately, she faced the disease herself. In the months before her postdoc, Matuła suffered two breast tumors in quick succession, the last of which was removed two days before leaving for Nijmegen. ‘It did feel like life was trying to tell me something and that I should throw myself into this subject.’

During her postdoc, Matuła and her colleagues received an inquiry from a pharmaceutical company about one of their drugs. The drug had been approved by the U.S. FDA, but several patients suffered relapses. ‘We needed to visualize in high resolution what was happening in a cell. The requirements were a single-cell method that combined RNA, the proteome and the phosphoproteome. The method also had to be intracellular and have high throughput. We developed a suitable technology and it gained traction.’

After three years of development and several trials, the result is a complex technology based on microfluidics. ‘We stimulate cells with a drug and have a proprietary method by which we chemically freeze the cells so that we get an overview of what is happening. Then we label a selection of antibodies with a DNA tag. We open the frozen cells and put them in a small drop. Using various reagents, we extract the material from the droplet and, based on the number of copies of the DNA tag, we quantify the cell’s protein response.’

’I think you have to have a vision of the future with big milestones.’

In April 2022 it led to the creation of QurieGen, of which Matuła is the CEO. The long-term goal of this spin-off is to create its own database so that they can use artificial intelligence to select the most promising drugs as early as possible. Matuła has already won the Venture Challenge and the Draper’s Silicon Fall Pitch Prize with QurieGen, which allows her to go to Silicon Valley for five weeks to connect with investors.

All in all, Matuła is proud to have made the move to a more industrial environment. When she started her postdoc, she wanted to stay in academia. ’I’m glad I took this risk. But I will only be really proud when I have actually saved a lot of lives. I think you have to have a vision of the future with big milestones. Then you can really be focused.’ 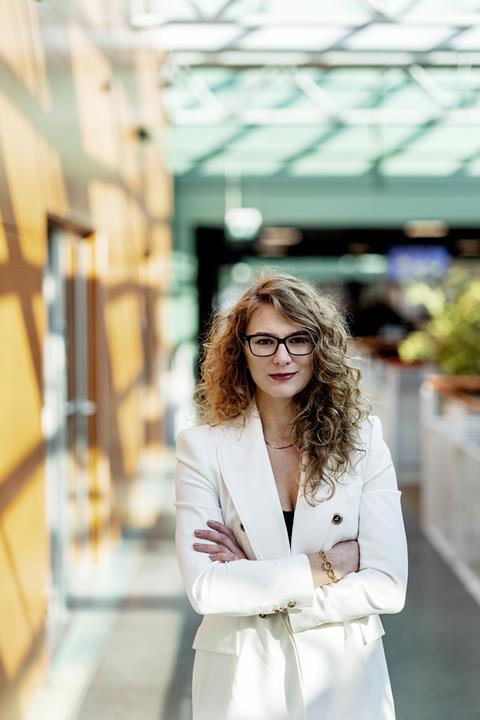 What and where did you study?

‘Bachelor in biotechnology in Rzeszów, master in chemical process technology in Magdeburg with a thesis at the Max Planck Institute and a PhD in physical chemistry in Warsaw.’

What motivates you in your work?

‘I want to save people. My mother is a nurse and when I see her I also want to contribute to saving lives and giving patients more comfort.’

What are your short-term ambitions?

‘For the company, I would like to complete the first investment round to further develop the idea and move to Pivot Park in Oss. I also want to hire more people and sharpen my skills in business, marketing and pharmacy.’

What are your long-term ambitions?

‘I will be glad when QurieGen is a successful company. If it outgrows me I am quite willing to step down. In addition, I want to commercialize a second idea [Novuxion, ed.]. In the meantime, I’m working on this tool for early diagnosis of metastatic cancer and personalized medicine. I would also like to help people making the transition from academia to industry.’