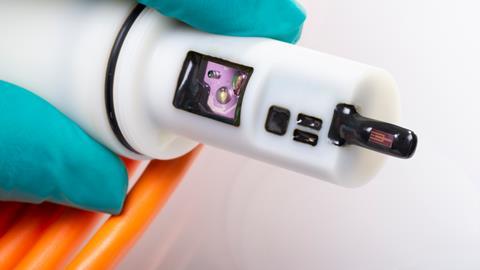 A network of sensors in Flemish waters provides real-time insight into changes in water quality. ‘This allows us to measure quantitatively both upstream and downstream.’

It seems so commonplace, the water flowing through rivers and canals in the Low Countries. But the dry spells of recent years have forced us to think more about that water and its quality. The dry summers of 2017 and 2018, for example, led to serious salination and drought problems in West Flanders. This prompted the Flemish government to take action: it needed a better and more detailed understanding of water quality.

‘An area-based approach is really necessary’

‘There needed to be a better overall view, a system that looked ahead predictively,’ says Marcel Zevenbergen, programme manager emerging sensors at research centre imec in Eindhoven and Wageningen. Zevenbergen is a member of the imec team at the Internet of Water Flanders (IoW) consortium. Research organisation VITO, water treatment company Aquafin, the Water Group and the Flemish Environment Agency (VMM) are also participating in it. ‘The government no longer wants to be behind the times, but to measure and collect data in real time so that you can anticipate and take countermeasures. That gave rise to the creation of IoW.’ According to Zevenbergen, the timing worked out well: when the issue became increasingly pressing, new, relevant technology was already awaiting at imec, which could form the basis for a water sensor. 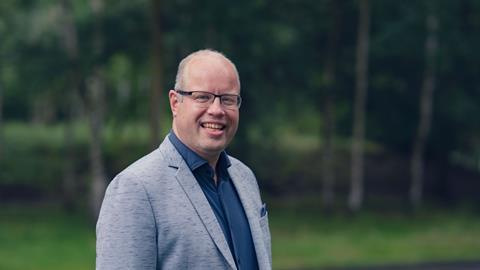 Meanwhile, the fifth version of the Water Quality Measurement Device, as the sensor is called, is in more than 50 locations in Flemish waters. For almost two years, the system has been measuring electrical conductivity, temperature and, more recently, pH. The sensors deliver the collected information to waterinfo.be. Zevenbergen mentions overflows as an example of how to use that data. ‘After a heavy downpour, the sewers occasionally overflow, so sewage water ends up in surface water. With the sensor network, we can quantitatively measure both upstream and downstream the effects on the salt concentration in that water.’

‘All parties do what they do best’

Meanwhile, sensor development is not standing still. For instance, imec, together with Wageningen University and Research, is working on new optical sensor technology that allows you to determine nitrate concentrations. ‘That has partly to do with the nitrogen debate,’ says Zevenbergen. ‘Once the new sensor is up and running, you can more accurately measure when nitrate from fertilisers washes into ditches, and then communicate that back to farmers.’

In this way, you can map a feedback loop for each plot and see what measures would be useful, specifically for that area. ‘You see that in the nitrogen discussion too: an area-specific approach is really necessary,’ stresses Zevenbergen. ‘Every area is different, the effects differ on sandy or clay soil, et cetera. That requires tailor-made solutions.’

‘The nitrogen crisis forced us to look beyond’

The feedback loop does still need to be shortened for a good translation into practice. ‘That is necessary if you want to monitor events in real time,’ explains Zevenbergen. ‘What is the effect on that environment and how does that work? If you want farmers to grow low-emission crops, you also need to give them the tools they can use to see that they are staying within the limits. To that end, we want to provide a piece of the solution.’

All these measurements generate a huge amount of data. Processing it is done at different levels. The quality of the sensor data is imec’s responsibility, Zevenbergen says. ‘We make sure it is reliable. Other partners work on the interpretation of that sensor data. In this respect, VITO is an important player in the IoW consortium. VITO handles data processing, interpretation and predictions. Therein lies the strength of the cooperation: all parties do what they do best.’

Initially, Internet of Water Flanders’ focus was strongly on salinisation, which is what the sensor was initially made for. ‘But the nitrogen crisis forced us to look further, at the entire nitrogen cycle,’ Zevenbergen explains. ‘So we are now thinking about what bits and pieces we already have, what we can reuse in this challenge and what collaborations we can enter into. So Internet of Water was actually the first step towards a much more integrated approach to measuring water.’ 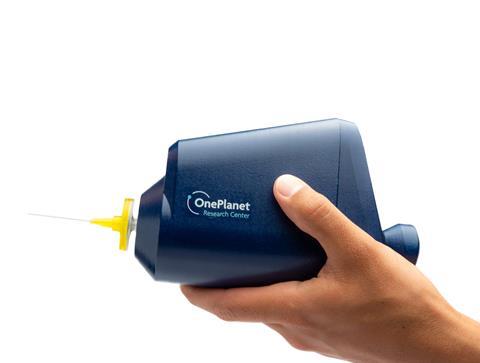 ‘For the nitrogen problem, we investigated another technology besides Internet of Water,’ Marcel Zevenbergen explains. ‘That led to an analytical device, developed with end-users in mind, such as farmers, researchers or regulators.’ Unlike Internet of Water’s water sensor, this is not a fully continuous sensor, but a handy nitrate meter. ‘The end user can take samples on the spot. Suck up some water, press a button and a measurement result rolls out, linked to a GPS location. It had to be as user-friendly as possible.’

The technology is based on uv absorption with LED lights emitting uv light. The device filters out background effects and scans the data with algorithms. ‘You don’t notice anything, you just get to see the result,’ Zevenbergen continues. ‘Very handy, but ideally we would like to make fixed sensors that can measure continuously. That would be our holy grail. Something like that is already available now, but still very expensive, so we are looking to see if it can be made cheaper.’ The first prototypes of the handheld are already being tested; imec is in talks with water boards, consultancies and companies to produce the device on a larger scale.