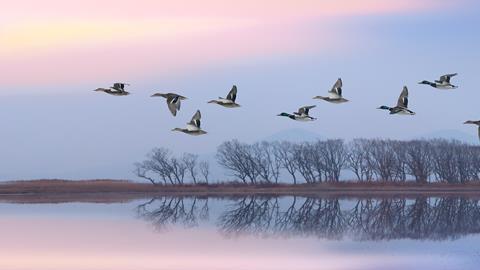 Quantum effects in biology: a load of rubbish or the only explanation?

Entanglement, tunnelling and coherence - known from the tightly organised lab set-ups of quantum mechanics – may also do their work in the warm, messy environment of the biological cell.

It is one of the examples of the field of quantum biochemistry: the role of quantum mechanical effects such as entanglement, tunnelling and coherence in biochemistry. Quantum mechanical effects might, for example, dramatically improve the efficiency of certain enzymes, play a role in molecule detection in olfactory sensors in the nose, and in the hydrogen bonding between base pairs in DNA. Even the miraculously accelerated computing power promised by quantum computers might have been discovered by nature millions of years earlier to increase the efficiency of photosynthesis. Might, because whether quantum mechanical effects actually play a crucial role has not yet been definitively proven anywhere. ‘I myself am not convinced that we have the definitive mechanism’, says Hore about the magnetoreception. ‘Although I think there is more evidence for it than for any other mechanism. But others think it’s all a load of rubbish.’ 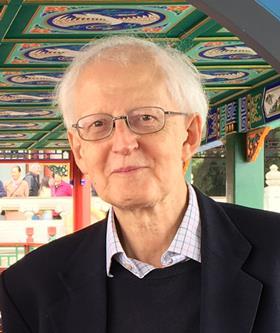 Millions of times too small

That migratory birds can use the earth’s magnetic field to navigate had already been proven by biologists in the 1970s. But it was not until the year 2000 that Klaus Schulten of the University of Illinois at Urbana-Champaign and colleagues came up with a specific molecule that could detect the magnetic field: the cryptochrome protein, which is found in the retinas of birds and amphibians.

Detection is not easy: magnetic fields can indeed raise or lower the energy levels of electrons in the molecule - the Zeeman Effect - but at biologically relevant temperatures the energy difference is millions of times too small to make any difference to ordinary chemical reactions.

Cryptochrome contains a molecule called FAD (flavin adenine dinucleotide). When blue light falls on it, it produces two radicals: molecule fragments with a free, unpaired electron. The electrons in that radical have an electron spin: a small, intrinsic magnetic moment. At the moment of splitting, the two electron spins are still in a quantum mechanical singlet state, in which they have exactly opposite directions. However, under the influence of local magnetic fields, the singlet will soon flip over into a triplet state (roughly the state in which they are antiparallel), and back again as well. This flipping happens millions of times per second.

’A chemist knows that molecules are fundamentally quantum mechanical’

Radicals usually live only a short time, a microsecond at most. The two molecule fragments can recombine to form the original molecule FAD, or they can move further apart and react to form other reaction products. There is an asymmetry here: only the singlet state can revert to the initial state, the triplet state cannot. This means that the amount of other reaction products depends on the ratio of singlets to triplets. And that ratio in turn depends on the local magnetic field. This is made up of a sum of local, spatially inhomogeneous magnetic fields originating from the nuclear spins of neighbouring hydrogen and nitrogen atoms, plus the homogeneous geomagnetic field.

The angle that the geomagnetic field makes with the local fields thus determines the precise ratio between singlets and triplets, which in turn can be read in the reaction products. So in theory, these are correlated with the direction of the magnetic field.

Peter Hore: ‘In our latest paper, we have shown that cryptochrome is indeed sensitive to small fields in vitro when shone on with blue light. But it would be more convincing if we could show it in a living retina.’ Indirect evidence is encouraging: birds have multiple forms of cryptochrome, but the only variant in which radical pairing occurs is mainly found in migratory birds and increases during the migration season. 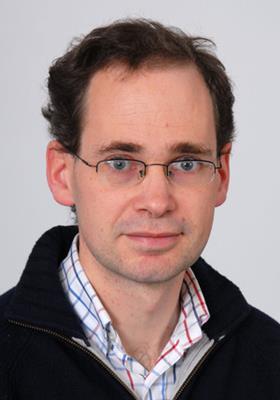 The even more spectacular hypothesis that photosynthesis is comparable to a quantum computer is less successful. Light is captured by a photosynthetic protein complex. Photosynthesis is the process by which plants and some micro-organisms convert light into chemical energy. The protein complex that accomplishes this contains several chromophores: light-sensitive molecules that convert light into excitons, local electronically excited states. These excitons then flow from chromophore to chromophore, ending up in a reaction centre that converts them into electrochemical energy.

In 2007, physical chemist Graham Fleming of the University of California at Berkeley and colleagues claimed to have found evidence that the excitons form a coherent superposition. This is a quantum mechanical combination similar to Schrödinger’s famous cat, which is both dead and alive in its box at the same time. By taking different routes at the same time, such a superposition would effectively take the best possible route, thus achieving maximum photosynthetic efficiency. This is a bit like how quantum computers perform multiple calculations simultaneously to achieve miraculously fast computational performance.

Fleming and his group claimed to have used spectroscopy techniques to detect the vibrations that result from such coherent superposition; other researchers, such as David Jonas of the University of Colorado at Boulder, rejected that claim, stating in a 2013 PNAS publication that Fleming and colleagues had simply seen the normal vibrations of molecules.

‘Some scientists think it’s all a load of rubbish’

Coherent superpositions of excitons would also live far too short to travel the distances required, says Jeremy Harvey, a theoretical chemist at KU Leuven. Harvey co-authored an article on the subject in The Journal of Physical Chemistry B in 2016. ‘We showed that measurements could also be well understood without using coherent superpositions. Hardly anyone now thinks that quantum coherence is important for photosynthesis.’

One might wonder, by the way, what exactly is meant by a quantum biological effect, says Harvey. ’There is a difference in culture between chemists and physicists. The typical examples of quantum mechanical effects for physicists are superpositions, quantum entanglement and waves, usually in extremely cold vacuum setups in laboratories with lasers and sensitive detectors. Then it is not strange that they get excited when something like that also seems to happen to a living cell. But a chemist knows that molecules are fundamentally quantum mechanical. In fact, the most common quantum mechanical effect is the chemical bond. Classical mechanics cannot understand how two electrons, originating from different atoms, can sit together in a molecular orbital and form a stable bond.

Nevertheless, a chemical interpretation of a quantum biological effect is also possible, it turns out in a conversation with theoretical chemist Célia Fonseca Guerra of the Vrije Universiteit in Amsterdam. Her research group calculates the quantum mechanics of large molecules using supercomputers and the calculation method Density Functional Theory (DFT). Such calculations require a lot of computing power, says Fonseca Guerra. ’Twenty years ago, we were happy to calculate a piece of DNA; only in the last few years have computing power and methods improved enough to deal with biochemical complexes.

One example of such complexes are so-called guanine quadruplexes, four-membered rings of the DNA base guanine.’ Quadruplexes receive a lot of attention’, says Fonseca Guerra. They are found in telomeres, the tips of DNA; they play a role in other geometries of DNA than the double helix; and there are indications that they can also selectively switch off pieces of DNA and thus disrupt cell growth. This makes them potentially interesting for medical applications.

By doing the calculations, Fonseca Guerra discovered what the guanine quadruplexes owe their special stability to. Arranged in a rectangle, there are always two aligned hydrogen bonds with the neighbouring guanine molecule. This means that electrons on the oxygen and a nitrogen atom of one guanine cross over slightly to the hydrogen atoms of the neighbouring guanine. Hydrogen bonds are common in biomolecules, but in this case, the charge transfer to the H-atoms on one side of the guanine had consequences on the other side. There, the energy levels of the electrons went up a little, making them more compatible with the energy levels of the hydrogen atoms in the following guanine. According to quantum mechanics, a better matching energy level causes a more stable bond, even if it is a weak hydrogen bond. ‘So the partial acceptance of two electrons on one side of the molecule leads to a better interaction on the other side’, says Fonseca Guerra. ‘And that’s four times around. That is why the guanine quadruplex is so stable. I think that’s simply genius of nature.’ 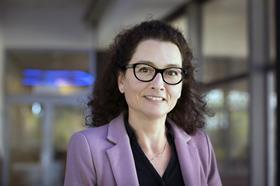 Colleagues have reacted with approval to the calculations, but is it also a quantum biological effect? Fonseca Guerra: ‘It is an effect that you cannot explain without quantum chemistry. This view is also shared by Peter Hore. In the article How quantum is radical pair magnetoreception? in the journal Faraday Discussions of the English Royal Society of Chemistry, he and colleagues try to calculate the cryptochrome using non-quantum mechanical methods. This gives poor results, so his conclusion is that magnetic susceptibility is strictly speaking ‘quantum’. But on the other hand, no molecule is classically quantum,’ says Peter Hore. ‘To be quantum in the non-trivial sense, as far as I’m concerned, an effect must also be surprising.’

‘Surprising’ is, of course, a rather subjective criterion, but what does it actually matter if an effect is quantum biological? Hore laughs: ‘A good question, I actually don’t know. Quantum biology is an idea that excites people, a hype. But on the other hand, it seems natural to me that evolution finds ways to optimise processes, even if they are quantum mechanical ways.’

The real goal of his research is to understand how birds sense the earth’s magnetic field, says Hore. ’And who knows, maybe that understanding will lead to cheap, organic sensors of magnetic fields. Just as, according to Harvey, a better understanding of photosynthesis could lead to more efficient, cheaper solar cells.

‘Ultimately, my dream is to understand the processes of life,’ Fonseca Guerra agrees. ‘Twenty years ago we were happy if we could calculate a piece of DNA.’ Only in the last few years have the computing power of supercomputers and calculation methods improved enough to tackle biochemical complexes, such as guanine quadruplexes. So it is to be expected that the concept of quantum mechanics will only become more important in biochemistry, whether you call it quantum biology or something else. And whether you are a chemist or a physicist.