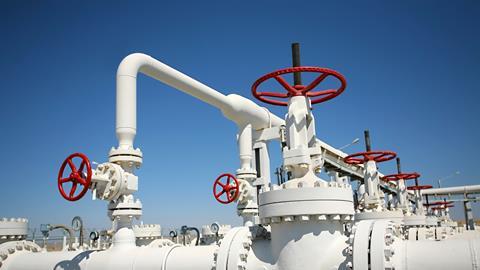 Natural gas prices are soaring as Putin shuts down pipelines. Europe is bracing for winter, with economy measures, filling gas reserves and first aid for unaffordable heating costs. How can the chemical sector help?

‘Yes, we can make our own methane, and we already do,’ says Daan Peters, founder of consultancy firm Common Futures in Utrecht. ‘We see that investors are suddenly very interested in that.’ Common Futures provides advice on energy transition. ‘We work on system optimisation in the energy sector: matching demand, supply and infrastructure as well as possible.’

The high gas prices are alarming, but the challenge arising from Putin’s messing around with Nordstream is in fact hardly new. We needed to get rid of fossil fuels anyway, and we were already in the midst of a gigantic transition we call ‘the energy transition’, which also concerns related sectors: chemical industry, agriculture, construction – basically all kinds of activity. ‘But the shutdown of Nordstream-1 did put everything on edge,’ Peters says. Suddenly we were talking about a few months, not the decades of the climate plans. The reserves of the Netherlands and many European countries are reasonably well stocked for the coming winter thanks to quick (and expensive) buybacks, and tapping into alternative sources is also taking off. Norway now supplies gas, and a floating terminal was opened in Eemshaven in early September for LNG, liquefied gas brought in by ship. ‘That is understandable. There is an immediate crisis so you want immediate solutions. At the same time, though, there is the realisation that long-term solutions are needed.’

‘The bottleneck is the number of wind turbines and solar farms’

These do exist, for instance fermentation and gasification of biomass into biomethane. And with electricity from wind, sun and other sustainable sources, you can make hydrogen, according to Ruud van Ommen, professor at TU Delft researching the energy system of the future. You can use hydrogen as fuel, for example for trucks, or to generate electricity again later. But you can also use it as a green, non-fossil raw material for chemicals such as methanol, ammonia, synthetic diesel or paraffin and, yes, even methane, the main component of natural gas. ‘But you don’t set up such processes in a few months, or even years,’ Van Ommen says.

The low-hanging fruit is: saving energy. Van Ommen: ‘That step has already largely been taken in the process industry. And not all reductions are actually savings. Fertiliser producer YARA, for instance, has stopped producing fertiliser using natural gas because gas has become too expensive. But of course we need that fertiliser, and their expensive plants are sitting idle right now doing nothing.’

It is also relatively simple to replace heating processes in chemical plants and refineries: instead of using gas, which is expensive now, it could be done with cheaper electricity from solar or wind. For example, Shell and Dow Chemicals are investigating electric crackers to make ethylene. ‘But even building such plants takes at least a few years,’ Van Ommen says.

Moreover, electricity prices are now linked to gas prices. So unless a company generates its own electricity with its own solar or wind farm, or enters into a favourable contract for it, it does not offer immediate benefits. This proves: natural gas shortage may be the cause, but the actual shortage is an energy shortage. ‘The bottleneck is the number of windmills and solar farms,’ Van Ommen explains, ‘and you can’t just accelerate that.’

One process that chemistry can capitalise on relatively quickly, however, is the production of biomethane, Peters says. Fermentation of biomass is being used on an increasing scale (see box). According to a report by the Top Sector Energy, some 144 million cubic metres of green gas were produced in the Netherlands in early 2020; by 2030, that should be 2 billion cubic metres. More efficient still is gasification of wooden biomass such as straw and wood. This produces syngas, a mixture of hydrogen and carbon monoxide widely used in the chemical industry from which you can make biomethane, biomethanol or other fuels. Peters: ‘Biomass gasification is also proven technology now that the latest problems with tar formation have been solved, but it is not yet widely used.’ The high price of natural gas is clearly driving process development. ‘Biomethane based on fermentation now costs around 55 euros per MWh, plus costs for e.g. injecting into the gas grid,’ Peters says. ‘For a long time that was not profitable, but with current gas prices it is. So now you see interest in making renewable gas on an industrial scale. That’s where I would expect to see steps in the coming years.’

Biomass does not have an uncontroversial reputation: sometimes forests are cut down unsustainably for it. Strict sustainability criteria are therefore needed. Also, the potential for sustainable biomass is finite. ‘Currently, bioenergy provides about 60 per cent of all renewable energy in the EU. Over time, the share of wind and solar, including green hydrogen, will rise sharply.’

We heard a lot about the hydrogen economy in previous decades. Electrolysis plants for making hydrogen with electricity have come a long way since: from laboratory trials to pilot projects to serious plants. In July, Shell announced it was building a 200 MW electrolysis plant on Maasvlakte 2, which will produce up to 60 tonnes of hydrogen a year from wind power. Shell plans to use that hydrogen in its refineries, instead of ‘grey’ hydrogen from natural gas (generating CO2). The technology thus seems ready for the market, but the scale is still relatively small. By comparison, European plans call for hydrogen production to reach 10 million tonnes by 2030. Peters: ‘The development of electrolysers is going quite fast. The cost of an electrolyser is now around 1,000 euros per kilowatt. That should be around 270 euros around 2030.’

A common term is Power-to-Fuel or also Power-to-X: hydrogen can be the basis for yet other chemicals, from fuels to raw materials for the chemical industry. From syngas, the versatile mixture of hydrogen and CO, you can make paraffin, for example, the only promising candidate for low-carbon aviation for the time being. ‘Flying electrically or flying on hydrogen will only be feasible for short distances, because of the low energy density of storage,’ says Peters, ‘but mandatory use of renewable fuels is on the horizon for aviation as well.’ Increasing pricing for CO2 emissions through the European Emissions Trading Scheme (ETS) will also be a booster if shipping and aviation are included in it. Peters: ‘That CO2 price has risen from 20 to 80 euros per tonne of CO2 in recent years and will probably continue to rise above 100 euros.’

‘The gas crisis especially wakes up the general public’

Some applications require specialised solutions. Shipping currently runs on fuel oil, which generates a lot of CO2 and sulphur emissions. Hydrogen is not an option because of its low energy density: storage in tanks must either be super-cooled or under high pressure, and even then the energy density is low. Shipping giant Maersk is investigating biomethanol for this purpose. Ammonia, to be made from hydrogen and nitrogen from the air (via the Haber-Bosch process), is another possible candidate fuel.

Paradoxically, the high price of gas sometimes actually inhibits developments to get off gas. One such split case, for example, is DRI (Direct Reduced Iron), a technique to make iron from iron ore using hydrogen instead of coal. This saves a lot of CO2 and other harmful emissions. On August 29, Tata Steel in IJmuiden announced that it was investing 65 million euro in the ‘hydrogen route’, with the aim of eventually building a DRI plant, including agreements with grid operator Tennet to buy green electricity in the future. But in the short term there is nowhere near enough green power to produce the hydrogen needed, so it will have to be extracted from natural gas, with capture and storage of the CO2 produced (blue hydrogen). ‘Due to the high gas prices, this project is actually becoming very expensive now,’ Peters says.

This article began by asking whether chemistry could provide us with an alternative to the failing Russian gas, but quickly stated that it was not actually about natural gas, but about energy. Only to then arrive at a range of chemicals and fuels you can make with it. This is no coincidence, says Van Ommen. ‘There is a broadening. For a long time it was about the hydrogen economy, but it is dangerous to focus on one aspect or one substance.’ It is about converting the whole network of chemicals and processes, not just for energy supply. And that is by no means a purely chemical issue. ‘Passenger transport and heating houses with heat pumps are becoming electric instead of fuel-driven.’

This is precisely why the Delft institute that Van Ommen heads bears the name e-Refinery. The ‘e’ stands for electric, and ‘refinery’ for converting electricity into fuels and bulk chemicals. The high price of natural gas in that network due to the Ukraine war is certainly a driving element. But because serious developments take years, its impact largely coincides with the need to move away from fossil fuels for the climate. Van Ommen: ‘The chemical sector knows this by now. The gas crisis mainly put it on the map among a wider public. I think most companies have already made the switch recently. When we started this five years ago, there was a lot of scepticism, but now you won’t come across a company that doesn’t have these considerations in its strategy.’

The options at a glance

Biomethane is methane produced by fermenting organic residues, such as household and garden waste, manure or sewage sludge. Bacteria convert the material in an oxygen-free environment, yielding a mixture of methane and CO2 in roughly equal parts, plus some water and hydrogen sulphide. After purification, biomethane remains.

Woody biomass such as wood and straw is converted into synthesis gas: a mixture of carbon monoxide, CO2 and hydrogen, at 800-900 degrees in a low-oxygen environment. You can catalytically convert that into methane, biomethanol, and even biodiesel. Technical problems with tar formation have been solved.

With (green) electricity, you can electrolyse water into hydrogen (and oxygen). A review in Frontiers in Energy Research in June 2020 lists 220 European projects where electricity was converted into hydrogen.

Direct Reduced Iron is a technique to reduce iron ore using hydrogen gas instead of coke, a form of coal. The usual blast furnace process takes place at 2000 degrees, and produces a lot of CO2 emissions, 2 kg for every kilogram of steel, in addition to polluting heavy metal emissions.

DRI takes place at a relatively low temperature of 1000 degrees, and it does not release any CO2. Then, in a second process, the reduced iron is treated with carbon to make steel (actually liquid crude iron).