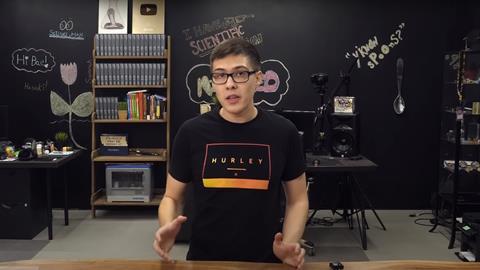 Bizarre chemistry for everyone

Whether you want to know what’s behind non-standard chemical reactions or if you just want to see something spectacular, YouTube channel NileRed has interesting videos for everyone.

Against popular theories posed by NileRed’s subscribers, ‘Nile Red’ is not actually the name of the popular channel’s creator. Nigel Braun (pron. ‘brawn’) is the man behind the myth. The young Canadian chemist has been making videos since his early teens, but uploaded his very first YouTube video in March of 2014. Braun: ‘At the time, I was working in a lab and I started filming my projects. I had to put the videos somewhere, so I decided to create a YouTube channel to store my videos.’

However, before you can upload anything, you have to fill in a channel name. ‘I didn’t want something that was too obviously related to chemistry. A colleague at university flipped through a book with chemical names and started looking at the letter N, since my name starts with the same letter. He then found Nile Red, a colouring compound, and it had a nice ring to it without sounding too much like a chemical.’

In the past two years, the channel has grown to almost three million subscribers. ‘It’s still weird that so many people see and actually enjoy my videos’, Braun admits. ‘I don’t really know why there’s so much traction.’ It could very well be because of his recognisable style. Chemists who read a lot of experimentals, will find that Braun’s method of explaining the reaction steps happening on screen greatly resembles a lab report.

‘After I obtained strawberry DNA, I ate it and described it to the viewers’

Another reason might be the natural curiosity of people, suggests Braun. ‘I really try to explain the reasons why I like a project, and I suppose it coincides with what other people think is cool’, he says. ‘In the last couple of years I’ve also switched to projects that contain more interesting materials, like ferrofluids, or where you turn one thing into another, like turning protective gloves into grape soda.’ 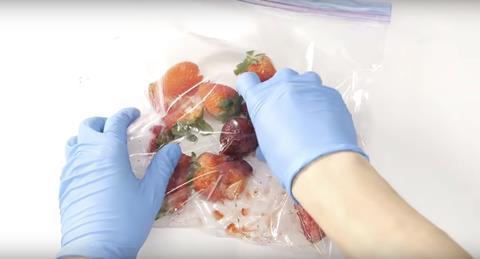 When making videos, you also have to account for the disconnect between viewers and videos. ‘The audience generally does not know, feel or smell what’s happening on screen, so I have to explain everything in detail. For example, I made a video where I extracted DNA from a strawberry. You could stop after the extraction was complete, but I went a step further and asked the question, What does DNA taste like? So after I obtained the DNA, I ate it and described it to the viewers.’

Some videos have become quite lengthy, almost reaching the 40 minute mark, though Braun actually prefers shorter videos. ‘I’ve always wanted to make shorter videos, but over time my projects became longer and longer. Sometimes it takes three weeks to film and another three weeks to edit, excluding voice recordings.’

To take it a bit easier, Braun decided to focus more on his other two channels, NileBlue and the recently created NileRed Shorts. Braun: ‘I started with NileBlue to do some more casual videos, but those became quite some work as well. Then came TikTok, and they offered us a contract to make short videos. I wanted to make those anyway, so this was good motivation, and it’s a lot of fun and only a couple of hours of work.’ The videos on TikTok have now also been posted on NileRed Shorts, but new, original content is on the way according to the hobby chemist. 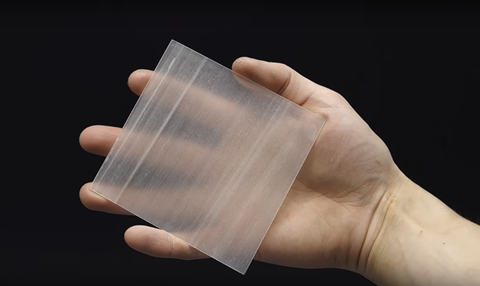 The future of the channels looks bright, but ‘I know for certain that I don’t see myself creating videos forever’, Braun says. ‘There are about ten more personal projects I’d like to work out for the main channel. For NileBlue I have some casual projects in mind, like freeze-drying a bunch of different foods and taste testing it. The shorts are just small projects for fun.’

There’s a chance Braun will slowly get into education, together with his brother, who’s currently assisting him with the videos. ‘One other reason for the creation of NileRed was that I find chemistry is often taught poorly, which leads people away from this really interesting science division’, Braun explains. ‘My brother and I might eventually do some educational stuff, creating an app or other platform to teach sciences with a focus on chemistry. But I think my goal will always be to show the natural beauty of chemistry in fun and interesting ways.’