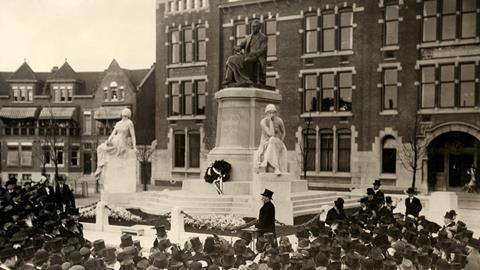 120 years of Nobel Prize in Chemistry: from barely news to media frenzy

In 1901, the very first Nobel Prize in Chemistry went to the Dutch chemist J.H. van ‘t Hoff. The site of the laboratory where he did his prize-winning work recently became National Chemical Heritage.

‘Former fellow countryman wins enormous sum of money’; that was more or less the tenor in the Dutch newspapers in 1901 when it was announced that Henry (J.H.) van ‘t Hoff had been awarded the Nobel Prize in Chemistry. As far as any attention was paid to it at all. An enormous contrast with the utter madness that surrounds the Nobel Prize now, but also not very strange, since it was the very first year that this prize was awarded. A new, still unknown prize.

The lack of attention when Van ‘t Hoff won his Nobel Prize has now been amply made up for.

‘There was more attention for the news about Alfred Nobel’s legacy in those days, because it was an unimaginably large sum,’ says biographer Rob van den Berg, who received his doctorate for his book Van ‘t Hoff. Een gedreven buitenstaander (Van ‘t Hoff. A driven outsider) on October 6 at Leiden University. But that the news of the prize was ignored even within the KNAW did surprise him. ‘Van ‘t Hoff had been appointed to the Academy in 1885, after earlier opposition, and had been a corresponding member since 1895, when he left for Berlin. But his Nobel Prize was not mentioned at all. I do find that very strange.’ 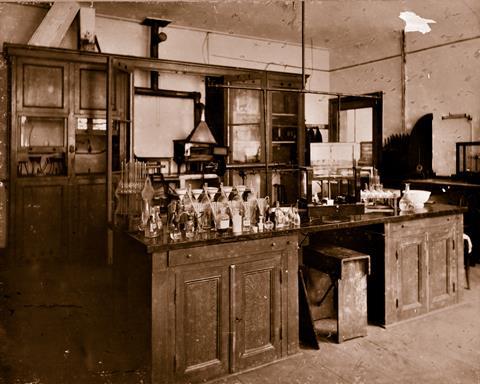 That lack of attention has since been more than made up for. Van ‘t Hoff is widely regarded as an absolute scientific celebrity and institutes, lectures and funds have been named after him. Something special has been added to this: the location of Van ‘t Hoff’s former Amsterdam laboratory at Groenburgwal 44 has been given the status of National Chemical Heritage. A justified choice, thinks Van den Berg. ‘Most of his work on chemical dynamics and osmotic pressure, for which he would receive the Nobel Prize, took place here.’

Whether the laureate would agree with that heritage status is doubtful. When he was appointed to the then newly founded University of Amsterdam in 1877, he went to work in the lab on the Groenburgwal, but he was not enthusiastic about it, Van den Berg knows. ‘It did not meet the requirements of the time and needed to be refurbished.’ Nevertheless, he would work there for fourteen years. A very productive period that resulted in his book Études de dynamique chimique (1884), which made a great impression internationally and in which he laid the foundations for physical chemistry. And for his Nobel Prize. 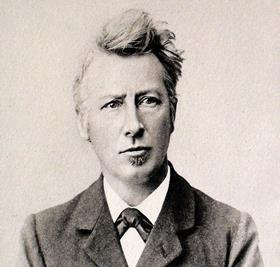 Van ‘t Hoff’s status grows, and that comes in handy in his pursuit of a better lab. In 1887 he receives an offer from Leipzig and Van ‘t Hoff plays it smart. Van den Berg: ‘Amsterdam is keen to keep Van ‘t Hoff, so he invites the mayor to the Groenburgwal to explain that he is happy to stay, but really needs a new lab.’ The plan succeeds. A new lab will be built on the Roeterseiland. In 1891 Van ‘t Hoff moves in, but not for long. He feels he is spending too much time teaching. When an offer from Berlin comes in 1895, Van ‘t Hoff resigns and leaves.

In Berlin he receives a generous salary and the freedom he seeks, but his scholarly heyday is over. He dies in 1911 at age 58, after struggling with tuberculosis for several years. The new lab on the Roeterseiland burns down in 1987, and Groenburgwal 44 now houses a restaurant and exhibition space. But the insights that Van ‘t Hoff gathered there live on.

Whether Van ‘t Hoff would agree with the heritage status of his lab in Amsterdam is doubtful.

Van ‘t Hoff was the first Dutch-speaking Chemistry Nobel Prize winner, but not the last: Peter Debye (1936), Paul Crutzen (1995) and Ben Feringa (2016) followed in his footsteps. Belgium also had a winner: the originally Russian Ilya Prigogine had himself naturalized as a Belgian in 1949, thus immediately becoming the first Belgian to win a Nobel Prize (1977). 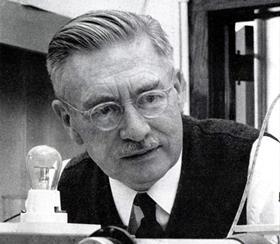 Those who have never been in touch with things like the dipole moment probably don’t know the name Peter Debye (1884-1966). That he was the second Dutchman to receive the Nobel Prize in Chemistry in 1936 is not engraved in our national memory.

But seventy years later, Debye is suddenly in the news. During archival research in Berlin, journalist Sybe Rispens found a letter from Debye from 1938. Debye was then director of the Kaiser Wilhelm Institut für Physik in Berlin and chairman of the Deutsche Physikalische Gesellschaft. In that letter, dated just after Kristallnacht, he calls on the Jewish members of the DPG to terminate their membership. Rispens concludes: Debye was wrong. Panic all around. Maastricht University immediately abolishes the Peter Debye Prize and Utrecht University decides that the Debye Institute may no longer bear that name. This is not acceptable to the management and staff of the institute, who speak of an ‘administrative error’ and ‘unsound research’.

The NIOD concludes after its own research that Debye acted opportunistically, but was not a convinced Nazi. Utrecht reinstates the Debye Institute early 2008, Maastricht sticks to its previous decision. 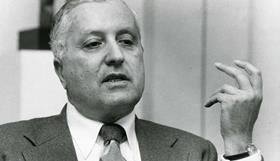 For a long time chemistry revolved around the study of systems in equilibrium, but thanks in part to the work of Ilya Prigogine (1917-2003), chemistry now also studies systems that are instead (far) from thermodynamic equilibrium. Besides, for example, radioactive decay and diffusion, phenomena such as living cells, the origin of life and evolution also fall into this category. They have, in Prigogine’s words, a ‘preferred direction’. Instead of a slight back and forth, these systems develop in one particular direction and are thus irreversible. He also calls them ‘dissipative structures’: systems that consume energy and spread out or expand.

Prigogine was almost lost to chemistry. Paul Balduck, chairman of the history section of the KVCV, remembers that when Prigogine was deciding what to study he hesitated between history, archaeology or music, but in the end he chose chemistry. Nevertheless, the piano continued to fascinate him throughout his life. ‘His mother claimed that he could read notes earlier than letters, and he continued to play the piano until the very end.’

In the application of his ideas, Prigogine does not limit himself to chemistry, but also considers for example traffic flows, urban networks and the spontaneous formation of order out of chaos. Prigogine, who was born in Russia and naturalized as a Belgian citizen in 1949, held positions at the Université Libre and the Solvay Institute in Brussels, the University of Texas at Austin and the Enrico Fermi Institute in Chicago, among others. His receiving the Nobel Prize in Chemistry in 1977 was a milestone: it was the first time the prize had been awarded to a Belgian. 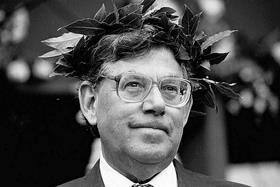 When news broke in 1995 that a Dutchman had been awarded the Nobel Prize in Chemistry, it was surprising for several reasons. The last time had been almost sixty years ago and, moreover, the winner, Paul Crutzen, was not a widely known name in the Dutch academic landscape. After all, Crutzen left the Netherlands back in 1958 and had since made a career in Sweden, the US and Germany.

And then there was his research. Crutzen received the prize - along with Sherwood Rowland and Mario Molina - for his work in atmospheric chemistry. Not a classic, established chemical discipline, but still a relatively young one. According to Guus Velders, professor of Air Quality and Climate Interactions (Utrecht University), Crutzen was thus a true pioneer. ‘He has been very important for understanding the chemistry in the atmosphere. His research on the role of nitrogen oxides in ozone depletion brought attention to the influence of biogenic processes, nitrous oxide and supersonic aircraft on the ozone layer. He was also skilled at making connections between various environmental problems; he provided an integral analysis.’

It was partly thanks to him that the Montreal Protocol was drawn up in 1985, banning chlorofluorocarbons (CFCs). Crutzen died earlier this year in his hometown of Mainz. He lived to be 87. The KNCV had appointed him an honorary member in 2017. 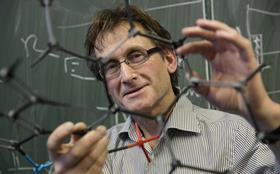 On October 5, 2016, something strange happens. Ben Feringa, professor of organic chemistry at the University of Groningen, interrupts a meeting because of a phone call. Everyone has to leave the room. But that same day is when the announcement of the Nobel Prize in Chemistry will take place. Could it be? A strange kind of tension arises. Especially for Tineke Kalter, Feringa’s personal assistant. She knows who called.

Meanwhile, something starts to sing around the building. ‘Of course, the others weren’t fools either,’ Kalter says. ‘And when Ben’s picture came into view at the announcement, that was such a special moment. It resonated throughout the building, it was a tidal wave of emotions, it was really palpable.’ Feringa receives his Nobel Prize for his fundamental and pioneering work on molecular nanomachines. The KNCV did not hesitate for a moment: eight days later, the association appointed him an honorary member during the Avond van de Chemie (Evening of Chemistry).

Not only Groningen, but the whole of the Netherlands collectively went wild. Everyone is tumbling over each other to report and interpret the news. ‘At first we naively thought that things would return to normal after the presentation in December,’ Kalter laughs. Five years on she knows better. ‘We won’t let ourselves get carried away. Ben has very clearly chosen what he will use his voice for.’ Like for education, with the establishment of the Feringa Fund. ‘We go to schools to offer students and teachers an insight into science and to show that the route to higher education is open to everyone. We call it Feringa on Tour.’ What just one phone call can unleash.