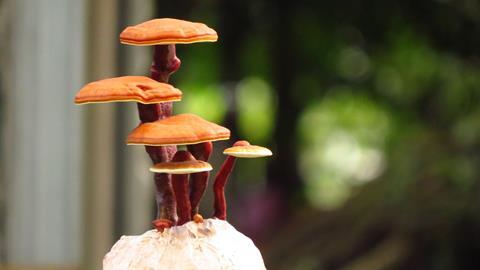 For the first time, a number of substances from the mushroom family Ganoderma have been produced via total synthesis. The researchers discovered that the health effects cannot be directly linked to the synthesised substances, according to the European Journal of Organic Chemistry.

Ganoderma mushrooms have been used in traditional East Asian medicine for more than 2,000 years for a variety of ailments ranging from diabetes to insomnia and cancer. Over the years, more than 900 compounds have been isolated from the mushrooms, which fall into three main categories: polysaccharides, triterpenoids and, more recently, meroterpenoids. The groups of Adri Minnaard and Sahar El Aidy at the University of Groningen wanted to study the interactions between the latter group and the microbiome, but isolation from mushrooms produces too few of the compounds to test. So PhD student Daan Bunt took on the synthesis. 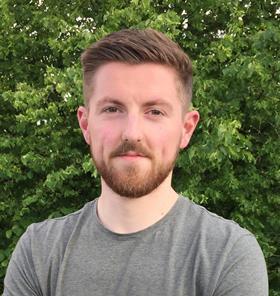 The resulting publication covers the compounds Fornicin A, Fornicin D and Gandercin D. ‘The compounds reminded us of polyphenols,’ explains Bunt. Several studies have shown that gut bacteria convert polyphenols into other substances that affect health. Since eating these mushrooms also seems to affect the gut flora, we wanted to see if these substances – which had never been made before – played a role in this.

Bunt suspects that this is due to the high reactivity of the substances. It contains a double Michael acceptor, which is a double bond with a carbonyl group on each side. This makes it very reactive. The compounds could also be cyclised, and the hydroquinone group is prone to oxidation. Bunt: In studies of mushroom constituents, many different structures have been found. These are often racemic, which suggests that the compounds are not made by enzymes, or that the meroterpenoids naturally break down or react with each other.

Despite the instability, there is now a nice overall synthesis. I am very happy with the result that I have been able to produce several substances from one synthesis route, with the possibility of expansion,’ says Bunt. We have now completed the project, but we have started another one with the same groups. I’m not allowed to talk about it yet, but it’s coming together very nicely.